The ROAR franchise has a reputation for publishing high-quality SFW furry stories from some of the best writers in the fandom. ROAR 10 is one more testament that this reputation is well-deserved. The theme of this volume is “community,” and the anthology features sixteen varied author interpretations that all manage to hit that target spot on…if from very different angles.

"Bourbon Jack" is a Leo Award-winning short story by Linnea Capps. It’s the story of a fisher taking on the Appalachian trail in a test of both his preparation and his determination. The tale is solidly written and full of sympathetic and entertaining characters. An excellent opening on the theme from a tight, small-knit community perspective.

"Squonk and the Horde of Apprentices" by Pete Butler-Davis tells of a dragon and his forest friends who have hornswoggled the local Wizard into taking them all on as apprentices. It is an infinitely cute story, at times silly, amusing, and very light. I enjoyed it, though the humor didn’t land quite as solidly as intended for me. It was cute, but a story that perhaps is slightly less funny than it believes itself to be.

"The Widehorn Herd" by Madison Keller is one installment in the author’s Sam the Beaver stories. In this one, Sam and her mini Texas longhorn boyfriend go home to meet the herd. As a solitary animal, Sam struggles with the tight-knit community that is bovine family life. I always enjoy these stories, and though I was very frustrated with Oscar’s blindsiding Sam with the herd’s expectations in this one, it made for great conflict.

In "Outsiders" by Kyell Gold, an exiled fox must choose between the friends he’s made in his tropical refuge and the sudden opportunity to go back home to his original friends and family. Gold’s writing is always top-notch, and his characters shine in "Outsiders" as they always do. I enjoyed the brisk, action-adventure feel of this one a great deal.

"No Choice About It" by MikasiWolf is a flash-fiction piece that is more a brief treatise on the nature of war, free will, and fate. It is a lovely bit of writing, and though the ending is easily spotted out of the gate, knowing what was coming did not spoil the read for me in the least. Different and beautiful.

"The Hero Of Brambleward" will not be included in this review a it was written by myself.

"Once We Were Meercats" by Huskyteer is an eerie sci-fi piece about a colony of engineered Meercats who build cities on other planets for human colonists to eventually occupy. I’m a big fan of Huskyteer’s work, and this story did not disappoint. It is clever and beautifully written. The ending waxed a little ephemeral, and I’m not sure I fully parsed what exactly happened, but that tone fit nicely with the ominous feeling of the rest of the piece.

"Year Forty-Four" by Lloyd Yaeger is one of my favorite stories in the anthology. It somehow manages to marry small-town, social slice of life seamlessly with a sci-fi colony adventure. It was touching, believable, and, at its core, incredibly real and relatable. I loved it.

"Folding in the Wolf" is another story that I found very real and touching. Written by Bill Kieffer, the tale follows a horse and wolf who have body-swapped and are now attempting to integrate into the horse’s herd during a family reunion. The opening scenes were ambiguous enough that I had to re-read a few times to make sure I was getting what was actually going on, but once fully oriented in the situation, I had no problem embedding, empathizing, and following along to the very sweet and moving ending.

"Thoughts and Prayers" by Thurston Howl comes with some trigger warnings, and so I won’t delve too much into the content except to say that I agree with the editor’s note that this is an important and powerful work. It is a story I would like to make everyone I know read, and I hope that the trigger warnings don’t scare you off. Beautifully done and heart-breakingly accurate.

"Schism" by Anhedral is a different sort of werewolf story about a doctor who chooses to work in a community set aside for those who have been turned into werewolves by a viral outbreak. It is another important story and one that seems incredibly timely at the moment. Well written and with sweet notes that I have to admit left me a little teary-eyed at the end.

"A Scrappy Start" by Cathy Smith is the story of a wizard’s feline apprentice who dallies with a ship’s cat and produces an unlikely heir. It is whimsical and cute, but the way the story skips about made it seem choppy and a bit discordant to me. The POV is primarily omniscient with moments here and there embedded in a single character, and the time skips quite a bit as well. I think it would have been smoother and easier on the reader if the story had just been fully fleshed out, a bit longer, and embedded in one character per scene or segment.

"The 180-Pound Gorilla" by Tim Susman is another flash piece. This one lands firmly in my top three in the book, and I would also label it as a must-read for just about everyone. It is written in the voice of a fable and fits that title perfectly. Both quaint and massive, intimate and universal. I enjoyed every word.

"The Corvid King" by Amy Clare Fontaine is a fun, romping addition to the massive collection of stories surrounding the King Arthur mythos. It begins when Arthur is brought forward in time, awakening as a crow in the modern era. Desperate to find his purpose, he allies himself with a city cart horse and trots off in search of Avalon. This was whimsical and sweet, with a lovely message and solid writing.

"The Human-English Lexicon: Notes From An Anthro-Xeno Biologist" by A. Humphrey Lanham is another quick flash piece and another delightfully fun read. It is brief, witty, and made me chortle at least once, which is clearly its aim. A very clever story with bonus points for an epic title that is nearly as long as the tale itself.

"Curiosity Kills" by Blake Hutchins is the final story in ROAR 10. While I’m not usually a fan of the fashion which ends an anthology with a massive story or novella, perhaps it is only because I haven’t found one as amazing as "Curiosity Kills" waiting at the end of other books. This was my favorite story in the anthology, and I will happily read it again… and again. The tale is a classic noir detective story and captures that aesthetic flawlessly. It is tight, twisty, and full of delicious “punny” language. It was the perfect, strong note on which to finish the book.

Overall, ROAR 10 gets ten out of ten from me. There is a lot to love inside these pages, a lot to learn, and a lot that is simply too important not to read. 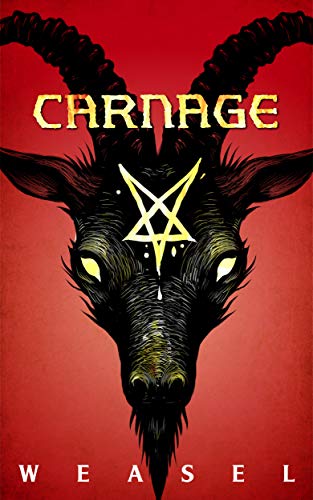 Review by Togo Let me preface this review by saying that I got this as an ARC, so take it with a grain of salt. There's no guarantee that the 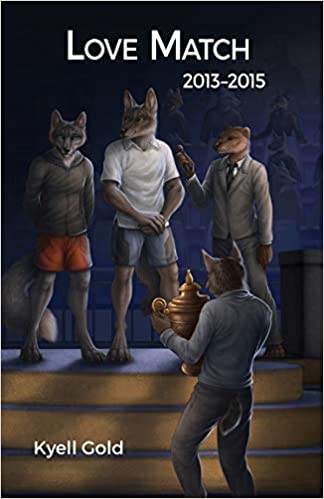 Review by Pythian At its core, tennis is simple: two players hitting a ball back and forth across a net. LOVE MATCH: BOOK 3 takes the simple game and puts