Paradise. It’s such a wildly interpreted topic, and one that volume 8 of Bad Dog Books’ ROAR anthology series bravely tackles. The anthology was edited by Mary E. Lowd, and this review is going to look at each story in this collection.

The first story in the anthology is "Northern Delights" by Madison Keller. The story follows a Chihuahua detective from his home in Arizona to the frozen tundra of Alaska in search of a police informant who may be in danger.  Keller’s greatest strength in this tale is her ability to create incredibly realistic, stunning backdrops for the action, gradually shifting the protagonist and the reader's views from a harsh, unfamiliar landscape to one of unexpected paradise.

The next story is “Flying Back to Paradise” by Jelliqal Belle. Flying in all the way from Paradise Archipelago, this story centers on the heroic actions of Wonder Wombat and her first visit to New York City. While this story didn’t seem to carry the theme of the anthology very well, the story itself was a delight to read. Belle has created a protagonist who is adorable, hilarious, and, most importantly, one I’d love to see more of in the future.

Up next is Tim Susman’s “Personal History.” What starts as researchers taking a look at an old military uniform quickly turns into a flashback filled with romance and sorrow. While this story had fantastic historical detail, I didn’t seem to connect with the protagonists on the same level as I did with other stories in this volume. Despite this, the character’s emotions were well thought out, and the fact that they were able to find a small slice of paradise, even briefly, made this bittersweet story a great addition to the anthology as a whole.

“The Lion Sleeps” by Frances Pauli is up next. What happens when you’re trapped where you feel like you don’t belong? Pauli’s lion protagonist finds himself in a similar situation. The unsettling confinement of the story is expertly done, and Pauli gradually increases the pressure until you feel just like the protagonist: ready to break. This story was one of my favorites to read in the anthology, and as for the theme of paradise? I’ll tell you it fits, but check out the ending for yourself.

The fifth story is “Tucked Away” by E. S. Lapso. This story follows a transgender protagonist as she leaves her open life to visit her conservative family. Through all of the stress and nervousness, Lapso nicely illustrates that even in the darkest places, a person can find a refuge. The emotions in the story are convincingly written, and made very relatable to the reader. It’s in that relatability that “Tucked Away” finds its greatest strength.

“When Pigs Fly” by Amy Fontaine is one of the shortest stories in the anthology, but was one of the most enjoyable to read. The story plays out like a fairy tale, or one of the animated films we enjoyed so much as children. The message of paradise is very clear, and by the end, the joy of the protagonist is so strong and infectious that I couldn’t help but want to sing along.

Priya Sridhar’s “Funnel Dresses” offers a different view of paradise, showing the reader that it doesn’t necessarily have to be a place, but can be found within yourself as well. Sridhar’s narrative and settings are as skillfully crafted as the dresses her spider protagonists weave, ultimately creating another of my favorite stories in this volume.

“A Christmas Tale for the Disenchanted” by Mark Blickley also offers a unique view of the theme of this anthology. As Mary E. Lowd’s preface text explains, “A moment in time can be a piece of paradise.” This story lets that idea unfold through the tale of a blind human and her companion animal on Christmas Eve. When I read the title, I was honestly expecting a tale that was more cynical, or even parodic. It was a pleasant surprise for me to find that Blickley’s narrative is completely genuine, as it reminds the reader that even for just a moment, the magic of Christmas can indeed be a tangible thing.

“Bite the Apple” by Christopher Shaffer is yet another story in this anthology that was a delight to read. In it, paradise takes the form of a casino that almost magically caters to its patron’s every desire. The narrative follows a cheetah named Kate as she embarks on a secret mission of her own devising to figure out how this system works. This sci-fi narrative was chock full of all the things that make up a great detective story: a plucky protagonist, plenty of mysterious side characters, and a series of clever twists all the way to the end.

The tenth story in this volume is “Lonesome Peak”, by John Giezentanner. This story follows two parallel narratives. The first follows a deer named Jeremy who is fighting depression. In order to get him out of the house, his friends take him on an outing to the nearby idyllic mountain range. This afternoon in paradise quickly devolves into a fight for the characters’ survival. The second narrative, however, follows a character known as ‘The President,’ as he communicates with an unseen second party who appears to be in control of this narrative’s government. This arc of the story is where I got lost. The events of this storyline had little, if anything, to do with Jeremy’s plot, and honestly didn’t seem relevant at all. These two narratives could definitely work together in a longer mode, but within the given short form, it didn’t work for me. Despite this, each narrative was fun to read, and they each made me want to read more of Giezentanner’s work.

“When the Milkmen Come” by Searska Greyraven is a story about a paradise lost. It raises an important question: Is paradise worth standing up and fighting for? Greyraven’s brusque, biting narrative kept me not only on the edge of my seat, but increasingly uncomfortable as the story progressed. Well-told, and at points hauntingly familiar, “Milkmen” is definitely a story you don’t want to miss.

“Nor’Killik” by Matt Doyle follows Corvin, a gengineered anthro-reptilian, hardwired to respond to the emergencies of other ships throughout the galaxy. It is on one such rescue that he runs into a stranded science vessel, where the inhabitants aren’t exactly what they seem. In the end, Corvin is faced with a choice, each outcome less than ideal. Doyle has created a strong narrative here, and I enjoyed the attention to detail in his characters.

Thurston Howl’s “We Are One” is up next.  As far as sci-fi goes, this anthology has put together a great selection so far, and this story is no exception. The narrative follows a crew of space pirates as they try to insert themselves into the beautiful, almost mythical world of Olym-Pass. Howl’s crew of pirates are some of the most dislikable protagonists in this book, and, as small elements of horror begin to increase, it’s a delight to watch as the tables are turned, and paradise is instead inserted into them.

“Lucid” by Nicholas Hardin is a tale of what happens when what seems like a harmless escape from reality becomes an addiction. Erica, a struggling employee at a call center, wins the chance to beta a fully-immersive virtual-reality machine.  The virtual world, an underwater paradise called Aquatica, is richly detailed and so vivid compared to the character’s waking world. Erica’s gradual addiction to this world doesn’t feel forced or shoehorned in—even as a reader, I didn’t want to go back to her real world of offices and disappointments—and that’s where the subtle terror of this story lies. Hardin handles the downsides and stresses of addiction in this story flawlessly, and if you, as I am, are a fan of Black Mirror, you’ll definitely enjoy this story.

“Castle Phoenix” by Bill Kieffer follows a woman coming to terms with the loves and decisions in her life as she faces death. Her guide though the journey is a mysterious children’s book, found in an empty lot that once housed her own paradise. As the story unfolds, the protagonist’s guilt, joy, and emotional processes in the face of what’s coming are so tangible, and the writing behind it was expert. This was my favorite story in the anthology, and this alone would make the purchase worth it.

“Kypris’ Kiss” by Slip Wolf is a thought-provoking story about a character that has fallen in love with their paradise. The twist here comes when paradise begins to love them back. While being slightly surrealist, the story is a great piece of speculative fiction, and is full of sumptuous, almost decadent imagery. My advice? Grab a cup of your favorite beverage, sit in the sun, and enjoy.

Dwale’s “Behesht” is the penultimate story in this anthology. A traveler’s log from a post-apocalyptic journey to seek out paradise, this story comes to life with fantastic characters and attention to detail. The narrative draws a lot of influences from Middle-Eastern settings and cultures, which is not something I often see in furry literature.  These influences work to add a refreshingly different feel to the story, and honestly I wish it had been a bit longer. I’d love to revisit this setting in the future.

“Hope for the Harbingers” by Allison Thai is definitely the most mythological story in this anthology. Whereas so far, the reader has been taken through journeys in the past, present, and future, this story takes place at the end of everything: the Apocalypse. As the Biblical Four Horsemen ravage the earth, they slowly begin to have a change of heart. Can even an evil spirit find its way to paradise? It’s a fun question to ponder, and Thai certainly makes a convincing case.

I thoroughly enjoyed this anthology. Mary E. Lowd’s careful attention to order allows the emotional arcs of the stories to flow naturally. And what stories they were! Each and every one offered a unique view of paradise, some of which I’d never considered myself. Each author’s skill and passion for writing were clearly evident. While I enjoyed some stories more than others, there wasn’t a single one that I would flat-out say I disliked. This was my introduction to ROAR as an anthology series, and, if this book is any indication, I am eager to read more volumes in this series. Very well done, and my compliments to all involved in the creation of this book. 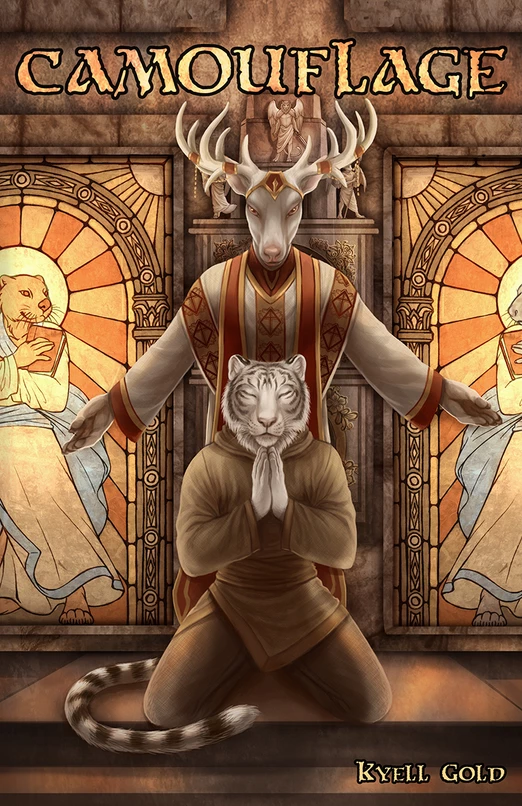 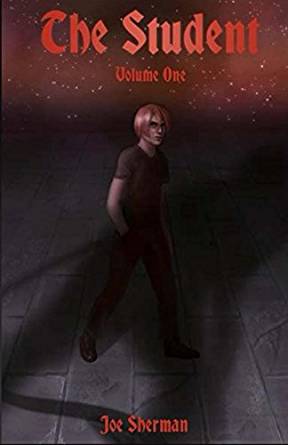