Bill Siracusa’s Overnight Shift is a bear romance with werewolves. We’ve got Dale, the big grumpy park ranger; Adam, the hunky electrician spending the night rewiring the ranger station; and Kate, the other ranger who leaves them alone until the end of the story. You can probably guess what happens next. Dale feels territorial about the interloper on his turf, on top of feeling somewhat ill; they have some tense conversations where it slips out that they’re both into guys, then they have a couple beers and make out. And then it turns out Dale is a werewolf.

Bit of an adult content warning, a couple illustrations in this book show exposed male genitalia, so be careful about reading this book in public!

I did appreciate that they got over the “will they/won’t they” phase so quickly, and the thing holding them back was the perfectly reasonable question of whether the other guy was even interested. It would have been nice to have some clue to how Dale got infected with lycanthropy, but the foreshadowing is well written. Dale could have had some mundane illness before he changed, and for a couple pages after he flees Adam’s kiss it seems like Adam just came on too strong to him, until Adam finds the claw marks on his arm. When the transformation sequence does come up it’s suitably graphic, and seems rather painful, in Dale’s case at least. It’s a little strange that Adam not only has a much less painful transformation, compared to the tingling after your foot falls asleep, but retains most of his mind while Dale seems barely able to speak and partially amnesiac. I will, however, dock Siracusa points for using the tired “pack dominance” trope, even after Adam notes that that theory of wolf pack dynamics is outdated in real life. Once Adam has gotten Dale-Wolf in a sleeper hold and hogtied him with spare wiring he starts to act like the sub in a BDSM scene, though it’s possible that was Dale rather than the wolf.

Review by Mamma Bear In a lonely corner of the lunar landscape, a classic, seat-of-the-pants detective sticks out his shingle and does what he does best, solving the hard crimes 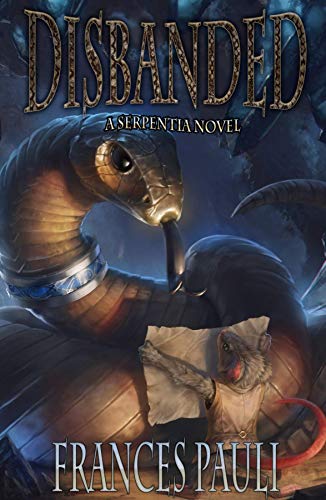 [FBR Note: We received this review from Leo Award nominated author Gre7g Luterman and are just posting it for your pleasure. This review is unedited.] Snakes aren’t the most