[FBR Note: We received this review from Leo Award nominated author Gre7g Luterman and are just posting it for your pleasure. This review is unedited.]

Snakes aren’t the most intelligent creatures on the planet—domestic snakes especially. Anyone who has kept one as a pet can tell you; even eating—one of the most basic things a creature can do—can be challenging for them. It’s a miracle that they survive at all!

But what if they weren’t quite that stupid? What if they were as smart as people? They’re so drastically different from us physically… how would that difference in perspective manifest in their personalities? Furthermore, what if mice—the most basic food source for just about every breed of snake—lived alongside them? Forget for a moment about how unlikely that might seem, but what if it happened?

Frances Pauli spins a tale in Disbanded, putting just such a scenario into motion. The story stars Sookahr, a young and well-meaning snake who is born into a world that is fundamentally unfair. Their society is a caste system, for starters, and who you will be and what will be your place depends entirely on things you can’t control—be it the type of snake you are, your coloration, or even whether you were born a snake at all.

Whether he picked it or not, Sookahr likes the role he landed into. He’s going to be an architect, and he’s pretty good at it. Fresh out of school, he’s been tapped by his favorite professor with an opportunity to prove himself to the Circlet—the ruling caste. But to do so, he’ll have to go on an adventure to prove himself. And, unsurprisingly enough, his adventure in the jungle doesn’t go well. In fact, it immediately brought the movie Apocalypse Now to mind. All we needed was for Sookahr’s buddy, Lohmeer, to have an uncontrollable shouting fit of “Never get out of the f’ing burrow! Never get out of the burrow!” and we’d be there.

Disbanded does start a little slow. Sure, Sookahr seems like a decent enough sort of person, but it takes a while before the telling proves that we need to care about whether he succeeds. We’ll see that much more is on the line than just whether he will become a successful architect or not, so stick with it. The payoff will be worth the read.

One thing that amused me about the story is that Pauli sets Sookahr up to realize something that we the reader realizes far faster than he does. Each time he wonders about this, the reader ends up shouting at the pages, “It’s obvious, stupid! How can you not realize this?” He is still a snake, after all. But we get so convinced that this is going to be the story’s “big reveal” that we find ourselves rolling our eyes at the melodrama. Well, don’t worry, this is not going to be the big reveal. Pauli pulls the ol’ switcheroo on us and the realization we think will be played up as earthshaking-when-it-really-isn’t is revealed almost incidentally. The big reveal actually happens about 2/3rds of the way through the novel and will make you wonder where this story could be going.

Note that Disbanded is told in first person. I love first person narratives, but not everyone does, so your mileage may vary.

Finally, it’s worth mentioning that when Sookahr hatches (not a spoiler, this is chapter one) a mysterious voice promises him that he will change the world. By the end of the book, the world really hasn’t changed all that much, but Pauli has already confirmed that book two is in the works, so we can assume that all this world-changing still lies ahead of Sookahr.

Fortunately, Sookahr does get out of the f’ing burrow, and he will make the world a better place, even if he must do it one down-trodden creature at a time. Disbanded was a good story and I’ll certainly be reading the rest of the series when it comes out too. 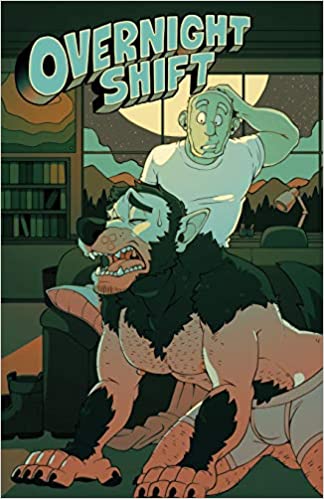 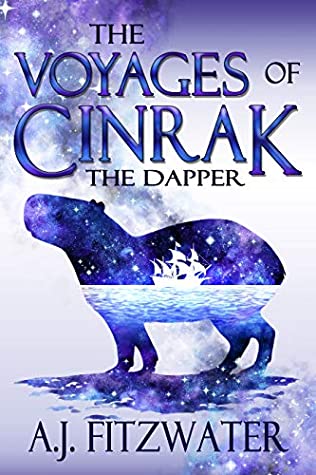 Review by Linnea ‘LiteralGrill’ Capps The Voyages of Cinrak the Dapper by Sir Julius Vogel Award-winning storyteller A. J. Fitzwater chronicles the adventures of, which may come as no surprise,