This is a review of an advance copy we received! The book will come out March 6th with Goal Publications, so keep your eyes out for it.

One-time Coyotl award winning and two-time Leo award winning author Frances Pauli has released a full-length novel in her Serpentia universe: Disbanded. Published by Goal Publications, this novel expands on her free short stories available, "Before The All-Dark" and "Feast or Fast." This story follows the adventure of Sookahr, a snake ready to take his final exam to become an architect of The Burrow where he lives.

It also takes a look at a society formed by snakes living alongside rodents in its halls. These snakes have vast territories, trade routes, treaties with other species and wars to potentially be fought. The story weaves into its pages a species-accurate representation of such a life. Proper movements, the way snakes actually taste and see, even the very architecture Sookahr would design is all written into the characters and stories allowing a level of immersion few other novels can provide.

Sookahr is able to examine the life that society has provided him when given an opportunity to rise above the status currently afforded to him in his caste. Alongside his Kwirk, his mouse aid, he is given the task of redesigning a military outpost against avian attacks. He has to juggle the pressure of this life changing opportunity against potential feelings for a close friend, and a voice in his head that seems to warm him of things to come.

Disbanded is the first in what I hope are many Serpentia novels in the future. I not only want to see more of Sookahr going forth to change his world but potentially learn more about how other species operate in the world. Disbanded was a book I simply couldn’t put down until it was finished. While I recommend this book to anyone who enjoys anthropomorphic literature, even moreso if you want to see the world through the eyes of a serpent. Give this book a read: you won’t regret it! 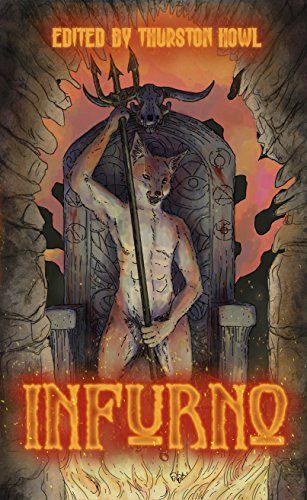 Review by Togo Throughout history, there's probably no subject more debated than what comes after death. From the Nirvana and Naraka of Buddhism, to the Elysium and Tartarus of Greek

Review by Linnea ‘LiteralGrill’ Capps Kyell Gold has once again written an update to a certain tiger and fox’s football adventures adventures in the Forester Universe: Titles. Dev and