“The Visitors” officially knits together two of Royce Day’s long-running series about fox-like extraterrestrials into a single timeline: The steampunk/alternate world war “Prisoners of War” series and space pirate romance “The Red Vixen Adventures.” There were hints that they were in the same universe previously and names in common, but this was the first book to establish concrete connections.

Aside from a framing device in which an RVA-era foxen noble discovers a secret journal written by one of his ancestors, “The Visitors” takes place thirty years after the first “Prisoners of War” story. Rolas Darktail (who shares his descendant’s name) has retired from military service and is now part of the Mother Country’s rocketry program, liaising with the Gerwartians he used to fight. One day, he gets a surprise visit from his former commanding officer, now in the intelligence service, who makes an impossible and nonsensical demand of them. Attempting to suss why the higher-ups in the government are demanding such things, Rolas encounters a group of strange beings whose very existence will change the course of history on Foxen Prime. You can see one of them on the cover.

“The Visitors” presents a rather significant tonal shift from the other books in the series, while they touched on pretty dark material as well, there’s no erotic interludes here. Aside from the prologue and epilogue, which are told in third person, “The Visitors” is in first person as it’s supposed to be a journal. Changing up narrative mode is rare and can be hard to pull off, but it works here. Though I would have liked to see a more epistolary format with perhaps more of Rolas’ coded letters to his wife. I couldn’t bring myself to see things from Reggie’s point of view; he just seems irrationally xenophobic in his response to the Visitors, though that might be the point given that he’s turned to alcohol as a coping mechanism for his PTSD and the loss of his wife. His judging them based on some footage of Auschwitz seems a bit hypocritical given that he fought his own species’ equivalent of Nazi Germany, which was reinforced when a character from said country recognized the context of the footage, a reminder to not let it happen again. But as someone who lives in a country with lots of skeletons in the closet that many people pretend never happened, the foxen and human governments’ ultimate decision to cover up the actual events, for 500 years, hit me kind of hard.

If you’re an existing fan of Royce’s writing, or just want to check out a good First Contact story from the non-humans’ perspectives, take a look at “The Visitors.” 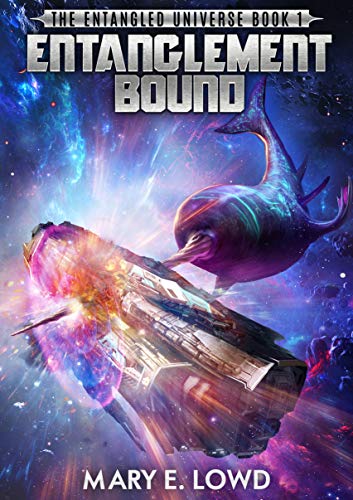 Review by Nathan Hopp It is the 24th century, and humanity has colonized the stars. Aliens and robots are as commonplace as interstellar travel, while mercenaries and pirates casually jump

Review by Mamma Bear Guardians: Downfall is a furry military scifi novel set in the year 2776. In a time of galactic warfare, we join the story on the bridge of the UGSM Serenity, where Captain Fischer is about to launch his Goliath warship