War has followed society since its formation, either a function of civilization or an unfortunate side-effect. The Dogs of War anthologies explore the effect of war on anthropomorphic populations and cover a diverse variety of theaters both historical and original. The Aftermath is volume two in the collection, and like its predecessor, it delivers a lovely cross section of sweeping war stories and very personal war experiences.

"Dog, Extended" (Cairyn) opens the collection, a lovely, brilliantly written, and heartbreaking piece about sacrifice and duty. The protagonist is a dog who has been given a level of uplifting via technology, and this is easily my favorite story of the lot. It’s just beautiful.

"Remembrance" (Alice "Huskyteer" Dryden): Another beautifully written piece about anthros in the trenches of WWI. The alt history is well portrayed, and the story is touching and engaging. The animal soldiers’ experiences as outcasts among their own men are both harsh and beautiful.

"Scars" (Televassi): Epic fantasy fans will love this one. It’s very well written, if a little slow for my tastes. The omniscient point of view pulled me out here and there as did the jumping of the timeline, but it was a well told story that follows a young fawn on his rise to power. A sweeping fantasy saga feel, which is hard to do in a short story.

"The Surface Tension" (Dwale):  Another very well written story, though not as anthro-centric as some. I felt like the cloning and the exosuits were more central to the story than the animal element, but they were still incredibly cool. This one had interesting concepts and a sweet, sexy ending that was ambiguous in a way that I loved and very much suited the story.

"My Brother’s Shadow" (M.R. Anglin): Felt like it was less about war than some of the other stories. It focused on the family dynamic of the main character who does eventually get into the action, hunting for terrorists and preventing a rebellion. It was a little slow to get going but turned out to be a very sweet story that surprised me in the end.

"Close to Us" (MikasiWolf) is a story about friends from two different cultures who get caught in the middle of their people’s conflict. The point of view was a bit squishy as we were not always fully embedded in any one character, and the story is definitely a little exposition heavy, being told in places instead of shown. The overall sentiment is really beautiful but fell flat for me because of the distance the reader is kept from the characters by not having a solid point of view.

"Lime Tiger" (Slip-Wolf): This one was not just well written; it was gorgeous. I couldn’t stop reading from page one. The protagonist is an ex-soldier who has a history full of secrets you’ll never see coming. "Lime Tiger" really showcases how hard it is to integrate back into ordinary life after the atrocities of war, and it alone is worth picking up this anthology.

"Umbra’s Legion: The Destruction of Ismara" (Geoff Galt): This one is part of a pair of stories each told from different sides of the same conflict. I loved the idea of showcasing both sides but felt that the second story was the stronger of the two. In "Umbra’s Legion," there are places where multiple characters' dialogues are mixed up all in one paragraph which makes the story confusing. It is, however, action packed and full of really cool tech with a great ending.

"Umbra’s Legion: Charon’s Obol" (Adam Baker): In this installment, the Canids are the good guys, and our previous ape heroes become the villain. The two stories paired together make a cool contrast, and despite some tense issues, I liked the second one a great deal. It switches occasionally from past to present tense but is a much tighter story and has a fabulous ending and more impact.

"The Call" (Lord Ikari): This one has an excellent opening and is well-written. I never could tell for certain what species the protag was, as he isn’t really described. Though he leads a group of “mostly mice,” there are also humans and other species about. In places the story relies a little too much on telling instead of showing the action. And there is very little description of characters or their enemies, who is what species, etc. It really got the feeling of war across at the beginning but lapsed into “telling” and summing up the action toward the end.

"Every Horse Will Do His Duty" (Thurston Howl): This is a tight and well-written short about a horse soldier in a naval battle, surrounded by human officers and soldiers who are biased against him. The details of naval warfare are super cool and feel very accurate. It’s a well-executed and fully engaging piece.

"Matched Up" (K. Hubschmid): A story about a soldier at odds with their own species. I felt like "Matched Up" suffered a little from lack of description both of the characters and the setting. It felt like a lot of the action was floating and made it hard to visualize, in particular the opening scene. I was confused a lot about the world and setting as things were not clearly defined, but the prose itself is well written and action packed. It seemed as if the author was being intentionally ambiguous, but it didn’t quite work for me.

"The Son of Goulon Stumptail" (NightEyes Dayspring): This one had some great characters. The writing was a little clunky in places, but the story was very engaging. It has a fantasy epic feel and a good message, but the end felt somewhat anti-climactic. I liked the wolves versus deer angle and the not-so-clear-cut good and bad sides a great deal.

"Nobel" (Thomas "Faux" Steele): The story has a good voice and a great gritty sci-fi feel. There is an immediacy to the action that makes it an exciting, beautiful read. Another one with a protagonist that has a veiled past and a few fun surprises in store for them.

"Trial by Error" (Jaden Drackus): This one follows a river otter stationed in the pacific theater. His “Sea Bees battalion” is tasked with building a runway for some fancy and mysterious new planes. It’s a fun, well-executed story with strong characters, but in the end, it felt a lot like a few chapters from a bigger novel rather than a stand-alone story. A fun romp, and if there is more novel, I’d be ready to keep reading.

"The Night the Stars Fell" (KC Alpinus): This one has an opening that is sort of horrific, and it’s definitely not for the squeamish. The tale has a colorful and authentic feeling and showcases a culture that feels alive and visceral. It is also brutal, well-written and nicely told. I enjoyed the alt history use of a region that is not explored very often.

"Tears of the Sea" (MikasiWolf): This is a creation myth and as such felt a little omniscient and distant. The tense use at the beginning was awkward, but it smoothed out quickly. The tale has a nice mythic quality but, as a story in its own right, was not super engaging. It felt more like an explanation for building a world that other stories might take place in.

"The Pack" (Argyron): Levi Leopard is learning how to be a part of a team. The author never really explains what the goal is or who the two sides are, and at times it seems like the heroes have more time to act than the bad guys, as they do six actions and the bad guys just barely have time to turn around and get killed. Or they sneak into a room full of the enemy and are not seen. So, I had some believability issues and there were also a few minor grammatical errors. The ending didn’t really feel like an ending. It was more like the story just stopped in media res. I think it might be destined to be a solid chapter in a larger work, but it did a good job of exploring the main character and his development.

"Going Home" (Miles Reaver): This is a story about a fox tank soldier whose vehicle has broken down. When they can’t fix it, the tank team takes off on foot through enemy territory. The prose is a little clunky, but there’s good tension and lots of conflict. I felt like the protagonist didn’t really seem like a soldier, but that might have been because he was usually confined to a tank. The characters made some decisions that I found odd, like forgetting to use their weapons, not looking for tracks or even trying to track their man who runs off and shouting when they were trying to hide from the enemy. It never really clarifies where Grig goes when he runs off, or why the fox is always tripping over his own tail. The writing itself had some tense issues and kept switching to Past Perfect tense in odd places. The story’s ending was solid, but I’m not sure it made a lot of sense or followed naturally based on the action before it.

Dogs of War: Aftermath is a solid collection of diverse war stories and a worthwhile read. The highlights for me were: "Lime Tiger," "The Night the Stars Fell,"" Remembrance," and "Dog, Extended," but all the pieces are worthy of inclusion and fit well together to make a cohesive and powerful anthology. 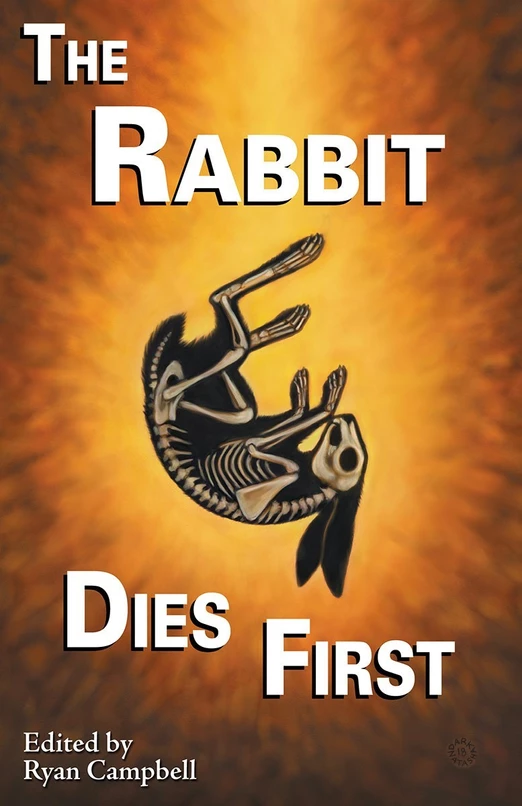 Review by Joel Kreissman Cold eyes, lost in dread Bunny for the story’s sake Now lies cold and dead. This poem by Mog K. Moogle sets the tone for 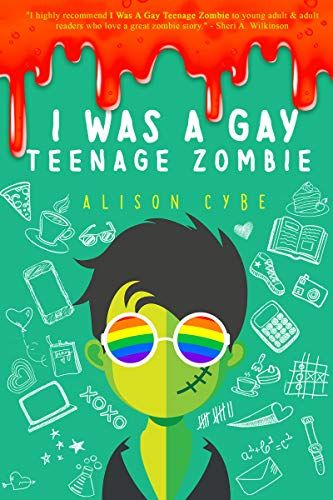 Review by Reyfar Sold here - https://www.amazon.com/I-Was-Gay-Teenage-Zombie-ebook/dp/B07T97YMQW Front Tagline: Talk about a hickey. Back Tagline: Boooyyyssss [Editor's note: Since this is not one of