Is In a Dog's World set in a dog's world? Well, yes and no. Humans have vanished from Earth, and several species are now "uplifted," gaining human-level intelligence and an anthropomorphic form. The story focuses on dogs and cats, which are now the main inhabitants of North America, and there, if you'll pardon the expression, dogs rule the roost.

"Everywhere she looked in the world, it was dogs on top. Politicians, CEOs, the biggest celebrities, even the most innovative scientists -- they were all dogs."

Our main character, Katasha, is a tabby point Siamese cat, preparing for her high school prom and awaiting the results of her college application. She is not happy with the status that most cats have and wants to be a success. As dogs are successful, that is her aim: not to be a dog but to be a part of their world. She wishes to emulate the traits that dogs possess, wants to go to a predominantly dog college, and desires to date a dog.

From this foundation, Lowd builds a short, simple but remarkably interesting story that keeps the focus tight but constantly reminds us of the wider world through its effect on Katasha. The animal nature of the characters matters. Cats and dogs exhibit different sizes, strengths and behaviours. This is relevant when the characters have to consider how a dog can fit in a car made for cats or how a cat can hike while carrying as much as a dog.

However, the characters also serve as mirrors to reflect our own world and its issues. The comparison of dogs and cats mimics the racial biases of white and black in America. References to majority dog colleges and programs to enroll more cats seem to make that clear. The situation grows more complex through phrasing such as "there was a glass ceiling sometimes, and cats never rose above it" which directly borrow from feminist vocabulary. Discussion of the doctrine of the First Race, a belief system mostly held by dogs, brings religion into the mix too.

What I found fascinating was that the characters expressed many different views on their society and the topics above, but none was ever presented as better than the others. Different viewpoints fall into the background, colouring the way Katasha sees and interacts with the world, but it is left up to the reader to evaluate them. Indeed, it might even seem strange for me to spend so much time talking about them as Katasha is primarily concerned with herself, her future and obtaining a canine boyfriend.

While the story may be a simple, generic romance, it is a pleasure to read. How can one not enjoy reading a book where one chapter begins, "In the wake of the fight, Papa contrived to work all day Saturday, the day of the prom. In fairness, there was an unforeseen pileup on the freeway." I don't know whether it is the sheer understatement of the second sentence or the strange feeling that the narration is scolding the accident for not occurring on schedule, but this opening never fails to make me smile. And while I joke, the writing is addictive and an effortless read. Once I began, I found myself taking the book (or tablet, in this case) to bed so that I could read a bit more then waking up early to continue from where had I left off.

Having come from a sprawling 600 page novel where the characters' actions determined the fate of kingdoms, In a Dog's World was a wonderful change of pace. The stakes are low, and the problems are easily solved, many existing only within the love-struck mind of our main character. Despite the simple story, there is a lot of depth in the world, which I am sure is explored further in Lowd's other novels within this universe, and it is compulsively readable. I can highly recommend it as a way to relax and go back to a simpler time or, if you're still young, as an opportunity to adopt Katasha's virtues and discard her vices.

Review by Joel Kreissman Joseph Lallo’s dark fantasy series The Book of Deacon encompasses about half a dozen novels of warfare between humans, elves, dwarves, and your standard Medieval 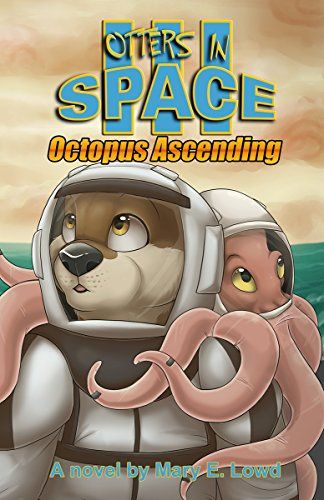 Review by Mamma Bear The third installment of the Otters in Space trilogy brings Kipper's quest to a satisfying end. Finally back on Earth, the tabby cat's return is dampened