Enjoy it, while it lasts.

The premise of Furnicate is to build a collection of flash furry erotica. It’s a lofty goal; with many different authors and stories making their way into the anthology, there should be something for everyone. The real challenge in this is that each author must construct a compelling narrative in a short amount of time. For my tastes, I believe that some authors might have benefited from more time as some stories felt flimsy and inconsequential. However, others navigated this challenge with ease, flaunting their literary sexual parts to great effect.

“Sex-Furred Stories” by Thurston Howl and KC Alpinus is the embodiment of the challenge of Furnicate, using a mere six words to make a story. It is a collection of pictures painting several erotic situations. There isn’t much form or reason to these stories, simply beating each one into you after the other. While each is strongly sexual in its own right, I would have liked for more organization or structure for the work as a whole. It’s disorienting, and I can’t help but think the work would have been improved with more thought put into the piece rather than just the individual stories. However, these stories do set the tone for the entire collection, preparing the reader for what is to come.

“Like Playing a Volkswagen” by TJ Minde depicts a group of friends riding in a bus together. The bus has a special meaning for them, since it’s the bus they ride to their gigs in. The friends are a band, by the way. The Volkswagen bus represents the band’s journey in addition to, as one member puts it, sex with a new partner. The connection was a bit weak for me, and I don’t think I’d ever go to such lengths to turn a crude joke with my friends into something legitimate. But it seemed like the boys accepted it and a new jam began. The story doesn’t have much of a destination, but it got there well enough.

Tygacat paints a beautiful picture of an old couple enjoying much more than each other’s company in “Base Desire.” The barely contained desire of a lady raccoon turns into a night of sex. Even though the couple has been through their fair share of engagements, they still get a lot of pleasure out of each other. The reader is easily able to gauge the extent of the couple’s love, and the ensuing pursuit is beautifully coarse. I’m not really used to elderly couples exhibiting their love and need for each other so emphatically; in this way, the story isn’t as believable for me. However, it is still enjoyable and the age of the characters doesn’t detract from the atmosphere at all. If I suspend my own disbelief, their ages may even add to the effect.

A mole enjoys a night of sexual pleasure and war-fueled trauma in Mog Moogle’s “Homecoming.” Reality itself is bent as Mog depicts a mole that has just come home from the war. Understandably, Douglass (the mole) finds it difficult to forget the traumatic experiences that appear in the form of flashbacks that blend into a sexual encounter. The result is a wonderfully disorienting merge of two realities. The story is relatable and important; one that needs to be told delicately. The challenge is handled well, and the end result is a rewarding experience. The combination of elements in stream of consciousness doesn’t overwhelm and instead places the reader in a position to better understand the central conflict. To me, it seems like the single best way this story could have been written.

When I thought about how DookFiend must have come up with the idea behind “Throwing the Preakness,” I have to admit that I laughed a little. The writing is masterful and the pace starts at a fast clip. Vivid imagery places the reader right in the stall with the stallions. The story is about a horse that threw a prestigious horse race for a breathtaking sexual encounter. So you know it must be a pretty good experience. While I’d like to think about the psychological circumstances that would cause this offer to be agreeable to the horse, I don’t really think that’s the point. I can’t help but think that the entire story was written for the punchline. And it was a pretty good punchline at that. Corny, but good. For me, the ending of the story seemed a little rushed and didn’t have the same strength as the rest of the action. But, like races, stories are sometimes finished before you’re ready for them to be.

“Oral Fixation” by Thurston Howl engages both the subject and the reader in a thrilling guessing game involving a tongue and several…surfaces. The scene is set as the subject is bound and deprived of all senses except for the pertinent ones. And then the tasting begins. The imagery and presentation in this story is done masterfully, placing the reader in a similar situation as the subject albeit a little more comfortable. The evaluation process as the surfaces are identified also seems real and methodical. Whoever was bound was much better at this game than I was!

Stubs McGee creates a frustratingly realistic VR meeting place for animals of all kinds in “The White Rabbit.” I say frustratingly realistic because of the small ever-present annoyances that seem to interrupt at every possible moment. Whether it be broken servers or incorrectly calibrated equipment, these small reminders of reality don’t do enough to halt the hookup between the titular rabbit and a Doberman. The dialogue is just the right amount of awkward, perfect for the scene. The world that McGee creates seems like it could easily exist in the next 10 years. This story seems similar to Striking Vipers from the Netflix series Black Mirror, except with animals. And less exposition. It is told well all the same and the characters are easy to empathize with.

Two carnivores meet in a room and start eating each other. No, that isn’t the start to a joke, it’s “Teeth” by Rechan. In this one, a lioness engages in dangerous play with a wolf. Involving teeth, described in thrilling detail as they come oh so close to tearing their prey apart. The extent to which these partners  know exactly what they want with just the smallest signals is depicted in an exceptional fashion. It’s a delicate dance between the two, walking the tightrope between pleasure and severe pain. It is thrilling for the reader as well as the action stretches on, dangling them tantalizingly from the jaws of the story. This one runs its full course, leaving nothing else to be desired.

We’ve all been home alone, wishing for the warm embrace of our significant other. Or otter, as it were. “The Third” from Riley Black has one such otter yearning for her mate. She obsessively takes pictures searching for one to elicit a response. After she sends it, the interaction goes in a direction she wasn’t quite expecting as her mate says he was thinking about her having sex with someone else all day. The “third” that was alluded to in the title. The interaction gets harried at this point as the pair presumably indulge in their liquid excitement. I have to say I enjoyed the writing for this one. The phone texts seemed forced at times, but the tension built from waiting for a response was relatable. The surprising change in direction was interesting and put the conversation in an unexpected light. Using the words lutrine and tenrec to describe the characters made me laugh as well. In the end, an enjoyable piece.

“The Dare” by Ferric the Bird is pretty to the point. A group of friends tells each other about their sex lives; Lisa the rabbit had the title of “best at oral” and had to defend her title. By signing up for a slot at a local glory hole of course. She doesn’t quite know what to expect but still has her skills to fall back on. The story was alright; it spent a lot of time on the lead-up and made the actual action seem too short. It was moderately detailed and coherent but too straightforward for my tastes. Lisa’s night lasted for far longer than I was able to enjoy this story. While it’s a good thing to leave your audience wanting more, not giving it enough in the first place doesn’t satisfy.

“The Precipice” from Russell Rottie is exactly that: a dizzying fall hurtling straight off the cliff of literary sanity. Two lovers are in the middle of an orgy, the goal of which is to get them to levels of arousal they’ve never reached before. Every action in the story is described with fantastic detail and clarity. Special attention was given to the sounds made and the meaning behind them and that painted a vivid picture of the ravages these two underwent. There isn’t much other than action here. The motivation is primal and the pleasure is pure. Rottie keeps the story fast paced and full of motion while keeping the reader from getting too lost. While this one does require more attention to keep up with, it is more than welcome as you’re able to fully enjoy the rollicking narrative.

Furnicate’s goal is a difficult one to complete. It requires skillful writers and heavy commitment to making every word count. I believe that many of the authors featured in this anthology succeeded in that. I would have liked for a little more attention given to grammar and spelling as there were a few mistakes that took away from the overall effect; however, most of them are easy fixes. The organization was fine, I think the placement of certain stories was meant to beat you over the head with the fact that this is flash fiction. I think the beginning of this collection could have been much stronger after seeing the stories that were included in it, but the overall quality of the inclusions was satisfying.

The variety of environments and situations depicted in this collection make it suitable for most erotica readers. There’s something in this for nearly everyone and, while many of the stories cut the experience short, enough of them should hit the mark to make the read worth it. 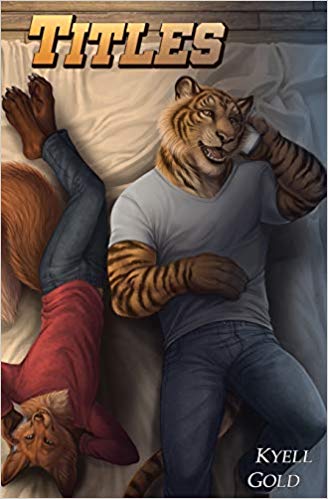 Review by Linnea ‘LiteralGrill’ Capps Kyell Gold has once again written an update to a certain tiger and fox’s football adventures adventures in the Forester Universe: Titles. Dev and 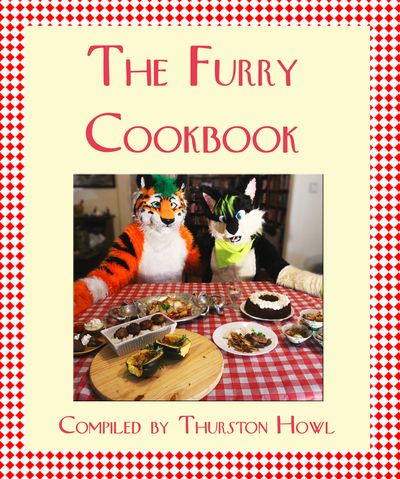 Review by Linnea ‘LiteralGrill’ Capps From folktales like "Stone Soup" to modern-day anime like Restaurant To Another World, people have been fascinated with stories based around the foods we eat.