Ivan might be a "finder," but now that the Holy Grail is in his paws, a whole cast of supernatural forces are out to find him ... and to wrench the relic from him through any means necessary. The game is afoot, but what's a finder to do when his allies, his enemies, and the fabric of reality cannot be believed?

Faithless is a part of a series about Ivan, a "finder" who battles supernatural forces to find, recover, or destroy powerful items. Though part of a series, the book gives enough clues as to Ivan's past for the reader to dive in on his new adventure. Which seems simple. Ivan has the Holy Grail, and the powers  that be, ALL the powers that be, want to own it. Very quickly, Ivan becomes the prize in an all out battle between God and the Devil. They can't take it unless he gives it over willingly, but these are the most powerful beings in existence, and they're up to their very best tricks. Ivan learns quickly that nothing is what it seems, no one is telling the truth, and more than just his possession of the Grail is on the line. If Ivan can't figure out who to trust, and what to do with the Grail, he'll lose everything. And the whole world could take a tumble straight for the apocalypse.

Ivan's adventure is part Indiana Jones and part Faustian morality tale. It's a fast paced ride with enough twists to keep the reader guessing and enough fun characters to delight and entertain. It does stand alone, but references past events enough that I wanted to go back and read previous volumes right away. While occasionally rough around the edges, Faithless is a good, fun, read full of supernatural conflict.

Anyone with an eye for adventure stories will enjoy reading Graveyard Greg's Faithless. The book has enough mythology and action for the Urban Fantasy fan, and anyone interested in biblical legend, demons, angels, artifacts or just plain furry fun. 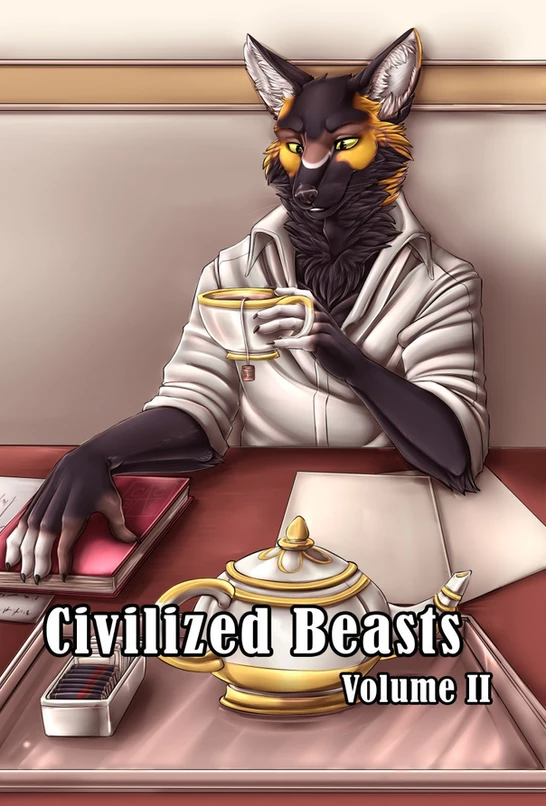 Review by Jako Malan In an era of Emojis and Netspeak, is there still a place where every word is carefully chosen and every letter carefully set in place? Is

The Furry Book Review program is a book review outlet specializing in furry literature. The top furry publishers send us books to review, and we provide a great marketing tool for them but also honest recommendations to the fandom, here, on Goodreads, and on