Braxton Snow: P.I. is the first installment of “The Snow Adventures” by Danny Carl Estes, a prolific author of self-published horror, sci-fi, and paranormal novels as well as comic books (dannyestes.com). This novel, originally published in 2017, seems to be the author’s first to feature furry characters and is followed by The Infinite Wisdom (not reviewed here).

Braxton Snow is set about 10,000 years in the future, long after humans have disappeared from the planet for unknown reasons, and Earth has been taken over by anthros of various species. The title character is an arctic wolf private investigator who is hired by a fox named Catherine Nelson to find her missing uncle, an anthropologist by the name of Oscar Sullivan.

I must say, the book does not start off promisingly. In fact, it is so clichéd that I was wondering whether I was reading a satire of the P.I. genre àla Dashielle Hammett’s Sam Spade or Raymond Chandler’s Phillip Marlowe. We’ve got your rough-and-tumble, world-weary P.I., the sexy vixen (literally) who comes in to ask for his services, followed soon after by mobster-like goons who threaten our hero to abandon the case or else (I was bruising my forehead with facepalming at this point). Zootopia was released the year before this book is copyrighted, which makes it rather suspicious that we have polar bear muscle (dumb bears, of course), a fennec fox and suspicious red foxes, and the hero is in love with a rabbit (named Joann instead of Judy, oy).

World building in this book is also peculiar. Architecture and society (complete with corrupt police officers, college students, and a diner with a heart-of-gold waitress) are highly reminiscent of a society that supposedly died with humans 10 millennia ago. Oddly, there are Amish furries in this one, too (who said it couldn’t last, Jakob Ammann?) People ride around in rickshaws and bullets are propelled by CO2guns. The animals of this day and age have also retained human expressions such as “tomaytoe, tomahtoe,” and, as you can see, character names sound like those of people you would run into at the local grocery store. Finally, there is a mix of evolved animals and unevolved critters of the same species; at the same time, these anthros apparently experiment in genetics because there are some dogs that are four-legged but have the intelligence of 10-year-olds. It is all quite confusing.

But! There is hope for an answer! Sullivan seems to be on the trail of finding out just what happened to the humans, stealing an archived book from the university and disappearing into the Arctic, which is where Braxton ends up after some rather tedious interviews and investigations. As he sniffs things out (he has an excellent nose, which helps him in his work—a detail of the novel I actually liked), Braxton faces more threats by thugs with rich bosses who, apparently, don’t want him to find Sullivan (but we never figure out why), and we learn that Braxton is heir to a wolf clan and once had a different name, but he fled his responsibilities for reasons I won’t explain here.

Meanwhile, Braxton has a complicated relationship with his hare, Joann, who wants him to quit his dangerous job and settle down with her and adopt children. The bad guys unsurprisingly kidnap her, and Braxton let’s out his viscious, feral side to rescue Joann, an effort that goes seriously awry and everyone ends up in the Arctic, where Braxton must confront his past while frequently getting the crap beaten out of him and putting his fiancé and her sister in peril.

From here, the novel turns from detective fiction to arctic-adventure-meets-clan-of-the-cave-wolves. I won’t describe the plot further so as not to have too many spoilers, but I will note that this installment ends rather abruptly while simultaneously missing an opportunity for a cliffhanger that would have made the reader eager for the second book (some hint as to why Braxton’s past and an important archeological find are tied to the same location would have been nice, unless that is just coincidence).

As it stands now, though, I am left with no desire to read the next installment of Snow’s adventures. Braxton Snow fails in plotting and world-building, and, with the possible exception of the hero, the characters are paper thin. Clichés and unnecessarily long descriptive passages à la John O’Hara make for a tedious beginning rising to an action-packed crescendo that goes nowhere fast. 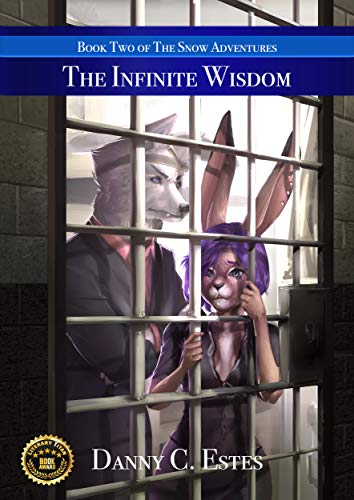 Review by Joel Kreissman The Infinite Wisdom by Danny Carl Estes is a sequel to his prior novel Braxton Snow: P.I., and while I haven’t read the first 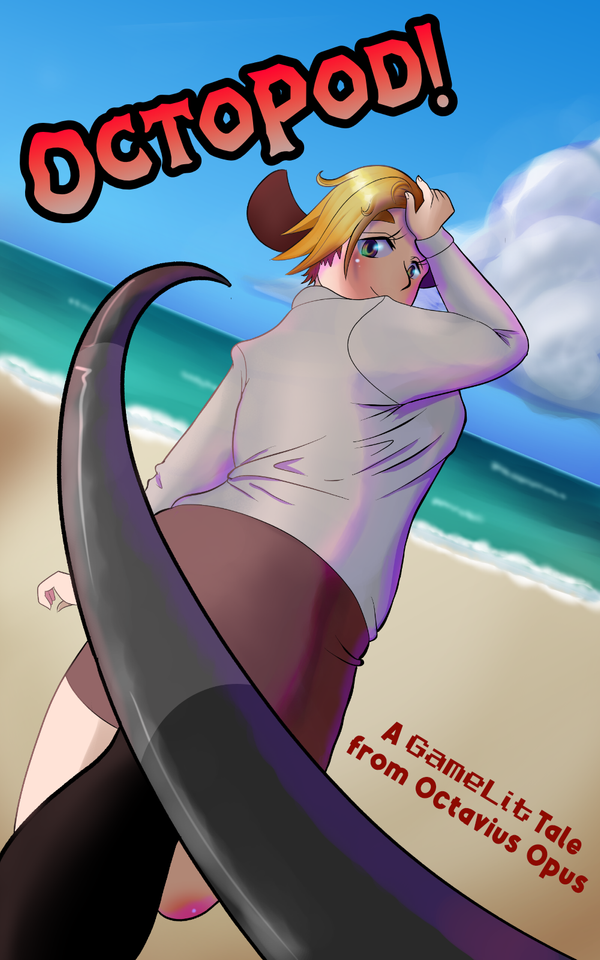 Review by Mammabear Octopod! Is the weirdest book you’ll ever love. A gripping, fast-paced romp that is part Jumanji and part chick-lit style romance, the novel features 35-year-old Liz