Winterset Hollow is a novel whose very nature makes it difficult to review in a manner that does the book justice, as so much of what makes Durham’s character-filled horror/thriller brilliant and impactful lies in the successive reveals nested carefully within and building upon one another. In a way, even disclosing cursory details feels like a form of theft to potential readers, and yet the novel’s story and cast both possess enough layers to leave a far richer feast for those who may be enticed by this entrée. As such, I will try my best to keep to only what is stated, or at least heavily implied, in the description on the rear cover and revealed in the first few pages.

The story begins in the present-day real world (or at least something very near to it), and follows a group of three young adults—the protagonist Eamon and his friends Caroline and Mark—as they embark upon a journey to celebrate a fictional holiday from a favorite novel by visiting the author’s now-abandoned island estate in the Pacific Northwest.

In the world of Durham’s novel, Winterset Hollow is a celebrated literary classic by Edward B. Addington, a member of an immensely wealthy family of English aristocrats who emigrated to America in the course of their business empire’s expansion. This book within a book is, effectively, a pastiche of The Wind in the Willows, The Hollow Tree Snowed-In Book, and the like—a charming, rustic, made-for-all-ages adventure story featuring a community of anthropomorphic animals, which even decades later remains beloved by children and adults across the world for its timeless themes of discovery, perseverance, and belonging.

Eamon, who was raised off the grid by a paranoid father before being passed through various foster homes after the man’s abrupt disappearance, connects strongly with the character of Runnymead Rabbit, who in Addington’s novel ended up bringing significant change to his isolated community when deciding to venture beyond the comforting confines of his beloved Hollow. As a natural result of his upbringing, Eamon struggles with social interactions, but has managed to find true companionship with Caroline, a fellow Winterset Hollow fan, and her jovial, sarcastic, carefree boyfriend Mark.

Right from the opening scene, where Eamon’s past trauma is touched upon before his friends shake him from the grip of his troubled memories, Durham displays two of his strongest suits—his ability to craft sentences with a masterful poetry, and his command of characterization:

“John Eamon Buckley didn’t even know his first name until he was already a young man, but such was the timbre of the wake in which he was raised.”

With the very first line, we are given a brief yet evocative glimpse into the psyche of the main character: a taste of his alienation, his estrangement from normal society, his confusion about where he belongs and who he is. And when his two friends, noticing his detachment, draw him into cheerful conversation amidst their meal of burgers, fries, and milkshakes, the author effortlessly switches to descriptions of the food that could likely make Gordon Ramsay weep. In all honesty, I’m not sure I’ve ever read a passage that made something sound so delicious—and this coming from a longtime fan of George R.R. Martin—but I think this moment serves to excellently illustrate Durham’s careful balance of tones in a novel that manages to contain dour introspection, grueling trauma, cheerful banter, gripping suspense, and horrific violence without ever making any element feel out of place.

The friendship between the trio, upon which much of the book’s later tension is sustained, feels incredibly natural, with the three playing off and supporting one another in believable ways regardless of the circumstances. Mark, who some readers may at first glance write off as a cocky jock archetype, knows just the right thing to say to Eamon when the latter becomes overwhelmed or begins to brood, and his lighthearted ribbing of both his best friend and his partner mask a genuine and downright touching care for the two. Caroline, having some understanding of Eamon’s sense of alienation, knows when he needs space and when he needs encouragement, and Eamon himself takes his “third wheel” status to the couple in stride, content to observe and share in the love between his two friends from a distance.

After finishing their meal and meeting up with a group of fellow fans who have similarly come to celebrate “Barley Day,” the focal holiday of the animal community of Addington’s novel, the group takes a boat ride to the famed author’s private island, where, upon exploring the grounds of the estate, they discover that there may have been more truth to their literary idol’s magnum opus than previously suspected.

In this regard, Winterset Hollow utilizes a similar plot device to Lev Grossman’s The Magicians, whereby a group of young adults from our present day discover that behind the whimsical veneer of a favorite childhood fantasy series lurks a darker truth. However, rather than revealing the existence of a magical parallel universe, this novel takes a comparatively far more grounded approach—and here is where I must venture a tad bit further into spoiler territory (though, as mentioned earlier, the first significant twist readers are treated to is all but stated in the rear cover blurb).

It turns out that the anthropomorphic characters of Addington’s novel—Runnymead Rabbit, Phineas Fox, Flackwell Toad, and Bing the Builder Bear—exist in the flesh, and, having lived in their apparent patron’s manor for decades, invite the human visitors to partake in their annual Barley Day feast. But this reveal is only the first of many in a novel brimming with twists and turns, as despite the initial warm reception by the aging, world-weary rabbit, Eamon begins to sense that something more sinister is at play on the island.

Having already mentioned Durham’s skill in both crafting sentences and writing characters, I should stress that his talents in the latter are by no means restricted to the human members of his cast. Runny and Finn, as the rabbit and fox are nicknamed, are both considerably complex characters in their own right, with depth that matches, and arguably even exceeds, that of their furless counterparts. So much of their dialogue, even from their introductory scenes, is laden with lavish subtext, to the point that although the novel’s action doesn’t truly kick off until about a third of the way through the word count, I was so engrossed in the characters and their interactions with each other and the fascinating environment of the Addington estate that I hadn’t even thought to care.

Even the manor itself is dripping with character, providing insight into the nature and history of its proprietor and his relationship with the animals on which his authorial fame flourished. As Runny Rabbit and Eamon traverse the expansive, trophy-filled halls shortly after the latter’s arrival, readers are treated to Durham’s rich and incisive prose in detailing the interior of the Addington family’s estate, and later when Finn the Fox faces off against several of his human guests in a game of poker, the former provides deliciously sly musings on the nature of sport and winning in dialogue rife with characteristically vulpine wit—something admirers of the classic Reynardian character archetype will doubtless appreciate.

While we are on the subject of the author’s strengths, I must make particular note of his effective and extensive use of foreshadowing: there are almost too many instances of subtle hints to later actions or reveals to count, making a second (or even third) read all the more rewarding. Some of these surprises are rather plainly telegraphed by the atmosphere or general genre expectations; others remain invisible to casual readers while revealing themselves ahead of time to the especially attentive, and one or two have the potential to catch even the keenest of audience members completely off guard, but all of these reveals make sense after the fact—the pieces of this puzzle fall perfectly into place by the end, leaving readers with yet another vista to admire and examine.

But perhaps most importantly, Durham uses all of this staging to convey insightful and effective commentary on a variety of topics ranging from the temptations and corrupting influence of wealth, power, and longstanding privilege to the legacy of colonization on indigenous populations, and from the problems with unquestioning popular hero worship to the indelible scars left by various forms of abuse and trauma, all the while avoiding coming off as too blatant or preachy. Kenneth Grahame’s The Wind in the Willows, for all its innocence and charm, may at first glance seem like an odd inspiration for so dark and socially conscious a work, but Winterset Hollow does not attempt to deconstruct the English classic so much as use it as a springboard into explorations of the darker chapters of America’s own cultural heritage and history. However, to delve into a more thorough discussion of this novel’s handling of any of these subjects would require extensive spoilers, and so I will leave this to readers to discover in their own time.

Contrasted against all of these strengths, I am left with only a handful of criticisms, each admittedly minor: though Durham’s use of “show, don’t tell” is by and large excellent, there are times where I feel he leans a little too far into telling something about various characters’ emotions or intentions that has already been effectively shown; a few of the close calls may stretch believability regarding the survival of certain characters; and by a little over halfway through the novel, readers should have a pretty good sense of which members of the cast have secured a place in the finale. But said finale certainly does not disappoint, and though the epilogue does feel somewhat rushed, the ending points of each characters’ respective journey still feel thoroughly proper in a way befitting the spirit of the storybook framing device. Even the excerpts of Addington’s fictional classic, which appear before each of the novel’s four parts and bookend the epilogue, authentically evoke the style of their early-20th-century inspirations while also effectively foreshadowing the events about to unfold (or, in the case of the final excerpt, providing a bittersweet sense of closure).

Many of the disparate pieces of Winterset Hollow might seem difficult to take seriously when brought together in ordinary circumstances, and yet through unwavering commitment to his bizarrely clever premise, a deft balance of the contrasting elements and tones, and a great deal of good old-fashioned talent, Durham manages a remarkable level of depth, impact, and believability. From the curious interest the first few lines sparked in me to the gripping tension of the climax, never once did I feel the spell of immersion break. So, if any of you find yourselves wanting to venture beyond the literary hedge into the thrill and terror of the great unknown, Winterset Hollow promises quite the feast—but don’t forget that on Addington Isle, the past lives on in far more than memory… and some debts can only be repaid in blood. 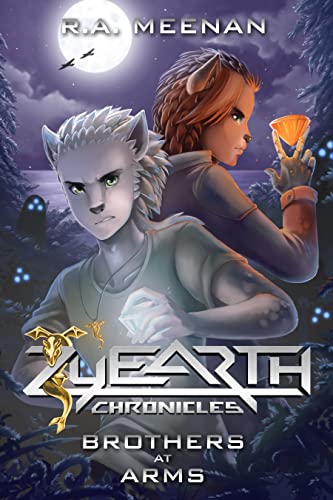 Review by Joel Kreissman Starting six months after Shadow Cast, Zyearth is starting to recover from Basileus Theron’s attack. His mind-controlled army has been freed, but those he converted 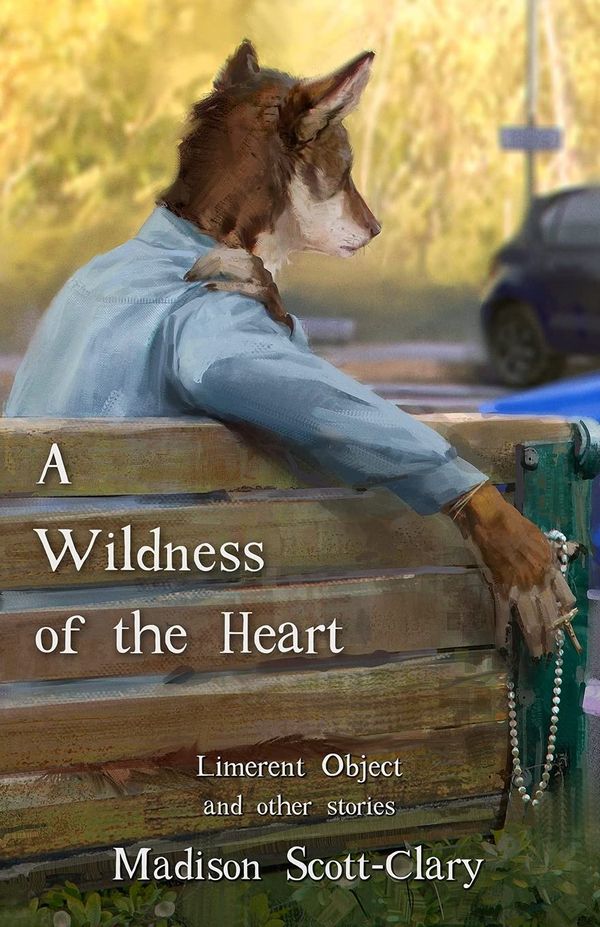