A dead parent, a trapped protagonist, evil stepmothers and sisters, and a kind woman who dresses up and transports our main character to a party where they might find the love of their life, only for everything to go back to normal at the stroke of midnight—Whip and Boot could be best considered a modern, kinky, and gay take on an old story.

When Derek moved to Atlanta, the last thing he expected was to fall head over heels for the gator across the bar. The leather-clad Frank is all that the german shepherd-golden retriever could wish for, and yet Derek still wonders. Because, you see, the problem’s not Frank's love for the whip, how he doubles him in age, or the fact that they just met. No, the problem lies with Derek. His family, what's expected of him, and even his own identity. Thus starts Whip and Boot, by Herr Wozzeck, a new-adult novel not about the endless sexual adventures of our hero, but rather about the journey of man as he discovers not only his own worth and his voice, but also what it feels to be in a non-toxic environment  (with a healthy dose of sexy moments).

The one thing that stands out the most from this novel is its characters, especially our main character. Shy, closeted, naive, and traumatized, Derek has a lot of room for growth, and Wozzeck greatly delivers throughout our hero’s journey, and the huge number of flashbacks we get serve to give us a clear picture of how he, and several other members of the supporting cast, came to be. This is even more pronounced when it comes to the most important relationship in his life: his family. This coupled with a  nice cast of characters, from the almost perfect Frank to Derek's despicable stepmother; and the vivid descriptions when it comes to the leather community make this book a pleasure to read. In fact, the way  these scenes are described show how much experience, and fondness, the  author has with this content. However, some of the strengths of this book can also be its weaknesses.

For starters, there's the pacing. The overabundance of flashbacks, important as they might be to the story and characterization, sometimes make the chapters feel slower than they are, especially when taking into account that the events in  the "current" time tend to breeze through, which leaves the story  feeling rushed while also being like it dragged on, sometimes even in the same chapter (for comparison’s sake, the flashbacks cover several weeks and years in the characters' lives, yet in the present we're left with a story that takes place in roughly 1-2 weeks with more than half of those days being skipped over). Moreover, there's the dissonance in tone between the suggestive cover, the blurb, the events of the first chapter; and the rest of the book, with everything giving a more sexual vibe than what we got, or at least giving an impression that the story will focus on Derek and Frank's relationship, yet it's also not the case. Frank barely appears throughout the book, being more present in  the main character's thoughts than in the flesh, with the only  relationship truly explored being that between Derek and his family (which, while appreciated, I feel that detracts from what was promised).

Overall, I have to say that I loved Whip and Boot, but it's always good to set the right expectations. If you're looking for a fun and quick read with interesting characters, a story about a young man learning to stand up for himself, or you're into kind leather-daddies (and who isn't?), then this is the book for you. But if you're just looking for some quick smut... get it anyway. It might not fulfill your expectations, but it's a good book and you'll thank me later. 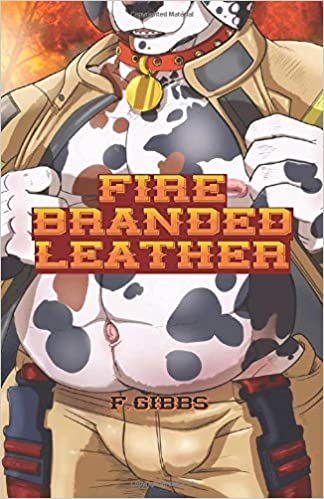 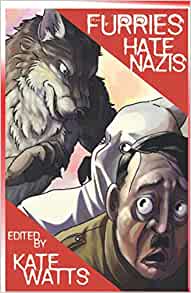 Review by Linnea ‘LiteralGrill’ Capps Furries Hate Nazis, edited by Kate Watts, contains eight stories about resisting fascism, and of course nazis, in all forms. I cannot think of a