I had my suspicions from the title that this book was going to be kinky--and it was--but I knew after reading the first chapter that there was going to be so much more to it. This isn’t to say writing kinky stuff is a bad thing. In fact, I quite enjoyed the interactions between Will the dalmatian and Anne, his mistress. They were fun, mysterious, and daringly beautiful. Being with Anne served as a striking contrast to his stressful job as a fireman, where every call may be the last, especially in a city that’s losing its sanity.

“Fire Branded Leather” by F. Gibbs is about Will, a dalmatian who works as a fireman in V-town, one of the last cities remaining after the Cataclysm. With his best friend Davies, a cougar, he stands as second-in-command beneath a verbally abusive bull by the name of Masterson. After a day of getting yelled at for not following the government’s new orders, Will goes home and responds to a personal ad from a lady in her mid-thirties. One date leads to another and the two figure out together just how nice it can be to devote yourself to another. This newfound self-confidence gives Will the power he never knew he needed, but is it enough to stand up to Masterson and keep V-town from burning to ashes?

I really enjoyed this story! It was well-written, balanced, and pretty solid. I enjoyed the characters, especially Will and Davies. Will had good character development; Davies was funny. The tone shifted smoothly from depressing to empowering and nothing felt too jarring or out of place. Moments of action felt exhilarating and moments of vulnerability felt a little uncomfortable and awkward, like they should. It was entertaining from beginning to end, but there were some slightly confusing things.

First, Anne. Don’t get me wrong, she’s supposed to be a mysterious character who lives by her own rules, but there are a few points in the story where she does “things” to Will that make him “better.” These “things” are never explicitly stated, which leads to my confusion. Normally I’d cast them aside as just side effects of devoting yourself to someone else, but these were things that changed Will physically. One example of this is his endurance. Before meeting Anne he has limits: he can’t run that fast for too long, and he can’t breathe in too much smokey air before becoming fatigued. After Anne does something to him, he suddenly can? These weird things didn’t distract from the story all that much, but they did linger in my mind for quite some time. I simply chalked it up to the newfound self-confidence he got from Anne, which works because (spoilers) it also gives him the inner strength to stand up to Masterson. I would have just liked them to be a little more clear.

Second, the world confuses me a little bit. The Cataclysm is mentioned a few times and serves as an anchoring point in the city’s history, but I never fully understand its effects. A story doesn’t need to dive into every aspect of worldbuilding, but I was confused on why there wasn’t more about the history because it seemed like the anti-human riots that were going on were an indirect result of whatever the Cataclysm was. This left a bit of a hole in my understanding of the world, especially because a big part of Will’s motives in the story came from his mother being human. What little information I have about the Cataclysm makes me think that humans had something to do with it. Additionally, Anne mentions time and time again that this world isn’t ready for something. It’s a good thing to say if you’re trying to be ominous, but it just seemed like there was more that could have been said. With all that being said, it didn’t distract from the story too much.

Though there were some things about the story that were ominous or confusing, it was really easy to take in the world as it is. Not only that, but the way F. Gibbs uses the strengths and weaknesses of certain animal species is really fun to read about. I love the imagery of a fireman cat scaling a wall, or horses pulling the fire carriages. Had no idea what the fox character was doing there, but maybe I’m just supposed to come up with my own interpretation…?

This book would appeal to adults who are curious or open to the idea of anthropomorphic animals and/or sexual kinks. This book isn’t overly explicit or detailed about these moments, but they are in there. More importantly, the effects of these intimate moments are shown throughout the book. So keep an open mind and happy reading. 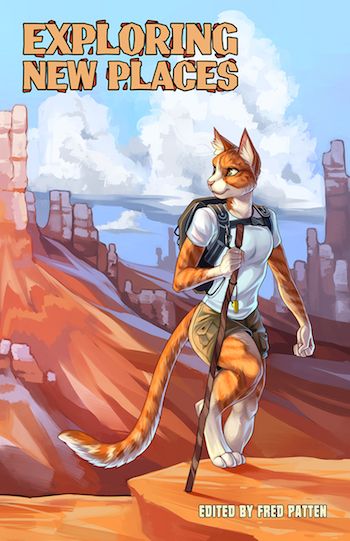 Review by Joel Kreissman Exploration! That age-old activity. Whether it be exploration of new lands, planets, universes, or mindsets, people have been Exploring New Places for a long time and 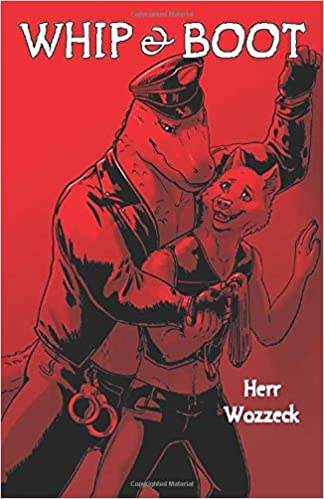 Review by Togo A dead parent, a trapped protagonist, evil stepmothers and sisters, and a kind woman who dresses up and transports our main character to a party where they