The Bastis Archives series, written by L.E. Henderson, was an unexpected find. Paw and Prowl are the first two books of what I assume will be a trilogy (the final volume hasn’t been released yet). This review will have some minor spoilers, since it’s impossible to talk about the second volume without revealing how the first ends.  So keep that in mind if you prefer to approach books completely spoiler-free.

This is the story of Mitalla, nicknamed ‘Mittens,’ an anthro cat living in what seems to be a typical pre-industrial world. The anthro cats are referred to as “Kats” (with a hard “K” as Mitalla explains), to differentiate them from normal four-legged cats. She has a relatively idyllic first three years with her mother and three siblings, Sue Bess, TomTom and Gordy. But the very first line of the book reveals that she and all the other Kats in that world are born slaves, and it doesn’t take long before the four siblings are taken away to face the harsh reality of their life.

And harsh it is. In a lot of ways this is not a pleasant series to read. Most of the Kats are kept as forced labor to dig something called omni-glass, which the king desperately wants for a purpose that isn’t explained until late in the second book. The conditions in the work camps are horrible. The slaves are barely fed enough to stay alive, any that are injured are usually killed, and all the guards are sadistic brutes. The main overseer, Master Blue, is particularly awful. The majority of the first book takes place in these camps, and the misery just seems to go on and on.

Trying to stay alive in this environment, Mitalla becomes a skilled thief and pickpocket, something that will come in handy later.  But when her beloved sister Sue Bess unexpectedly turns up in that hellhole, Mitalla's focus shifts from trying to stay alive herself to trying to keep her sister alive.

But Mitalla has some special things going for her that the other Kats don’t. Her mother gave her a seemingly cheap, ordinary locket…except that it sometimes gives her odd dreams. Later the dreams become more vivid, with a mysterious voice that doesn’t just talk to her, but will give her needed items in exchange for something she already possesses.  In addition to the locket, her mother also taught her some minor magic skills, one of which happens to help with finding omni-glass. That gets her temporarily out of the camp and subject to special attention from Master Blue, something that is definitely a double-edged sword.

When Mitalla finally escapes at the end of book 1, she’s taken in by a friendly house Kat named Murray. But Mitalla has gone from the frying pan into the fire-- it turns out Murray, another Kat named Rory, and Murray’s young kitten, are all slaves of Sebastian, an evil magician who makes Master Blue look like a Boy Scout. Virtually every human being in this story is a complete douche, even the few that are initially seen as sort-of sympathetic. At the end of book two the reason for everyone being an asshole is explained, but an astute reader may figure out what is going on faster than I did.

Mitalla is first put to work as a thief, but later Sebastian discovers a greater value in her—she has the ability to find three lost artifacts of great power that will lead to the Journal of the Grey Goddess. Sebastian wants the journal because anyone who finds it will discover all the secrets of the world, and Mitalla wants to find it to free herself and the other Kats. One of those artifacts turns out to be Bastis-bot, a toy robot cat not unlike the artificial cat from the Buzz Lightyear movie. Except Bastis-bot was programmed to be terminally depressed and nihilistic, which leads to some interesting dialogue between her and Mitalla.

Eventually Mitalla comes to the realization that the only way she and the other captives will escape Sebastian is if she, too, learns to wield dark magic like he can. But that comes at a price—the more she does it, the more it will corrupt her. The only way to counter that effect is diligent meditation, and once again her mother’s teachings come in handy, as purring turns out to be the perfect way to meditate:

You have a special prize

That exists between your eyes

A treasure no one else can see

When you have frost clumps on your fur

It is time to purr

At the end of Prowl everything is revealed, including the secret behind their world, and what Mitalla’s final, seemingly impossible task will be. While Mitalla is overall a sympathetic character, her harsh life and lack of education sometimes causes her to take morally questionable or even foolish actions.  When Master Blue commits a particularly horrible atrocity, she kills his prized horse in retaliation, an event that will have repercussions for the rest of the series.

The villains are completely loathsome—no handsome, suave bad guys here. And Bastis-bot does grow on you, despite her gloomy attitude. If you can deal with the brutality that the characters have to endure, this is an excellent story. I burned through the first two volumes, and eagerly await the final one. 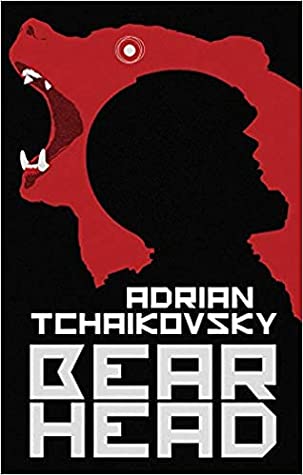 Review by Roz Gibson Adrian Tchaikovsky is an author that furry fans of hard SF should become familiar with.  He wrote the excellent Children of Memory, which features a civilization

Review by Casimir Laski This November marks the 50thanniversary of Richard Adams’ landmark xenofiction novel Watership Down, a story whose influence in the field of animal literature is comparable to