Adrian Tchaikovsky is an author that furry fans of hard SF should become familiar with.  He wrote the excellent Children of Memory, which features a civilization of intelligent jumping spiders, and the follow up, Children of Ruin, which has intelligent octopi. Bearhead is a sequel to Dogs of War, both more overtly furry books than Children of Memory. Dogs of War follows a common trope in furry books: uplifted animals being used as slaves to fight wars or work in law enforcement. The protagonist of that book is Rex, a dog super-soldier, but it also featured other members of his squad, which included Honey, a bear, and Bees, a hive-mind (hah hah).

Bearhead takes place years after the first book, where the uplifted animals, called Bioforms, have some limited rights, but still end up working the dirty jobs. The dirtiest jobs are on Mars, where they labor alongside modified humans to terraform the planet. The main protagonist is Jimmy Martin, an augmented human made to specifically work on Mars. The modified workers are paid next to nothing, and while they’ve been promised they’ll be returned to Earth as normal humans when their contract is up, no one is sure if that will really happen.

Hell City on Mars, where a lot of the story takes place, is about as depressing and dystopian as it comes.  The work is dangerous, the place dreary and claustrophobic, and the laborers spend what little they make on drugs or cheap digital entertainment. There’s a thriving underground economy, and one of the ways Jimmy makes extra money is by ‘renting’ his augmented headspace to store and transport illegal data. It’s all going peachy until he takes a very illegal upload, which turns out to be the stored personality of Honey, the Bioform bear.

The current storyline with Jimmy is peppered with flashbacks of Honey, who has become a political activist and in-demand lecturer after the events in Dogs of War. Intelligent hive-minds like Bees have been completely outlawed, and there’s a political movement to ‘collar’ all bioforms, for the safety of everyone, of course. That movement is being spearheaded by rising politician Warner Thompson, a thinly disguised Trump analog. His fanatical hatred of bioforms makes him target Honey, who is probably the most visible and politically active bioform in the world.

An important secondary character is Carole Springer, Warner Thompson’s assistant.  Through her we get to see how completely amoral he is, basically a caricature of all the worst politicians, along with his equally unpleasant lackeys and a creepy mad doctor. Despite Warner’s hatred of bioforms, he does have dog bioform guards. They belong to a splinter group called Sons of Adam, who believe their higher calling is to serve humans completely. And like all corrupt politicians, he has plenty of dirty secrets he’ll go to any length to keep hidden. Particularly from someone like Honey.

Back on Mars, Jimmy is being pursued by the authorities as well as the criminal element, all desperate to get at the digital version of Honey stored in his head. And it really doesn’t matter if Jimmy is alive or dead when they do the download. Honey is there to find Bees, and ask their help to counter Thompson’s plans. Having fled Earth to the relative safety of Mars, Bees has their own agenda on the red planet, and may not be so willing to help an old comrade. There’s plenty of action as the hapless Jimmy is literally dragged around by Honey, who is able to take complete control of his body and use it like a puppet.

While the leads are human or augmented humans, most of the supporting cast on Mars are bioforms—bears, dogs, weasels and badgers, and at least one cat. And of course there’s the bear, Honey, who we get to see a lot of in non-digital form on Earth as she attempts to find legal ways to stop Thompson.  Along the way she engages a sympathetic lawyer with the last name of Aslan, which I thought was amusing.

While technically a sequel to Dogs of War, Bearhead stands nicely on its own and it isn’t necessary to read the first book to enjoy it. That being said, Dogs of War still comes highly recommended, particularly for fans of military SF, and people interested in uplifted animals presented by an author outside of furry fandom. 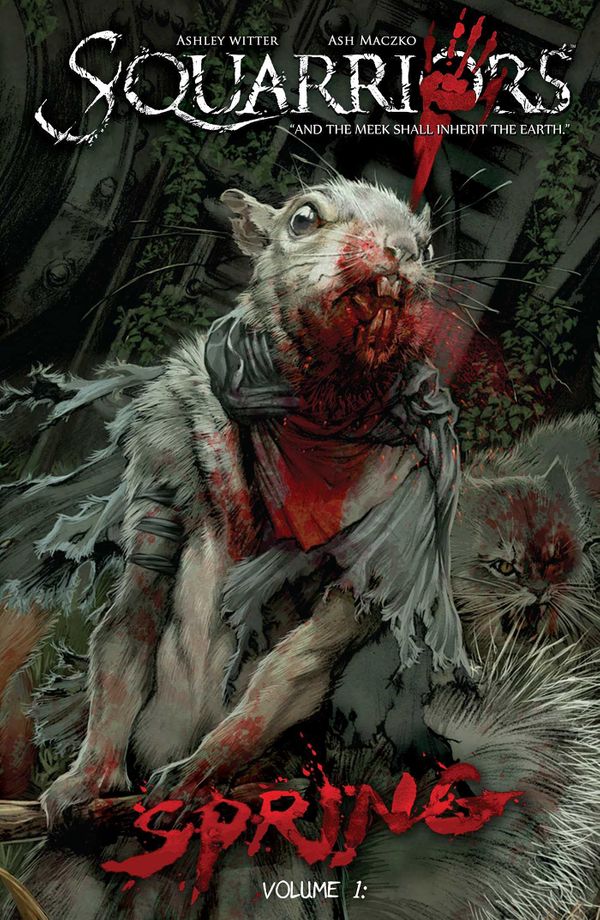 Review by Roz Gibson Squarriors  (Squirrel + Warriors) is a comic series by Ashley Witter (art) and Ash Maczko (writer). It is one of a spate of recent furry graphic novels 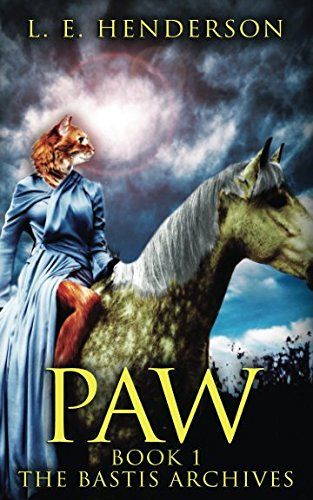 Review by Roz Gibson The Bastis Archives series, written by L.E. Henderson, was an unexpected find. Paw and Prowl are the first two books of what I assume will