R.A. Meenan’s Shadow Cast is the first novel in her Zyearth Chronicles series, though not the first story. It is set on a planet called Zyearth that is inhabited by an array of different species called “Zyfaunos”, most of whom are based on anthropomorphic animals; many of the main characters are a species called “quilars” that are more like furred hominids with porcupine-like quills in place of hair. The Zyfaunos are not only very technologically advanced, they bond themselves to magical gemstones that prolong their lives and in some cases grant powers such as elemental control or healing. Earth is also mentioned as a planet which Zyfaunos colonized a long time ago, living alongside humans.

Our main characters are Matt Azure, a quilar with blue quills and wind elemental powers, and Izzy Gildspine, a gold-quilled quilar who specializes in healing and shields. They’re partners in the Defenders, the magic-based military of their Zyearthian country, and in the running for Golden Guardian, the second-highest rank in the Defenders and which was previously held by their fathers. Unfortunately, the Master Guardian has blocked their promotion time and time again out of fear that they’ll just get themselves killed like their dads. Will they finally get their chance after an attack by a strange black quilar with previously unseen powers who wants Matt for unknown reasons?

Zyearth is a very rich and detailed setting. I was particularly impressed with the gem-based magic system and its variations. However, I was a bit lost before I found the author’s website (zyearth.com); very little about the setting is explained until almost halfway through the novel. On its defense, when the world exposition appeared it did not feel like an infodump; the interrogation scenes between characters with no familiarity in each other’s cultures were an excellent means of conveying worldbuilding to the readers. It is a bit unique in that the male and female leads are very close to one another, but not romantically involved.

Izzy is actually married, although her husband gets turned into a near-mindless goo monster (the titular shadow casts) with no known means of recovery, which makes him feel almost like a “disposable love interest.'' The Basileus almost comes across as a stock cartoon villain who uses proxies to do horrific things while remaining distant from the action himself, and makes sure the reader feels no sympathy for him since he removed his own son’s soul in order to mind control him. But it does make his children more complex antagonists: the son who doesn’t want to turn Zyfaunos into shadow casts but is helpless to resist, and the daughter who would do anything to free her brother’s soul, whether he wants it or not.

Shadow Cast in and of itself is an entertaining enough YA novel, but I would suggest looking through the lore section of the website or reading the first couple novelettes first if you want to truly appreciate it. 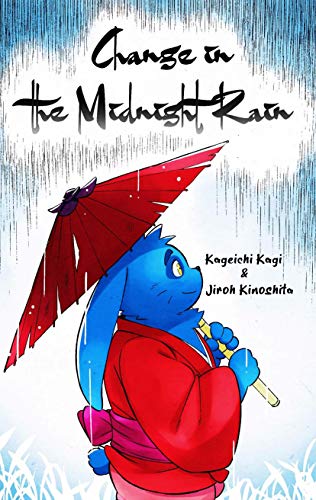