An epic fantasy adventure aimed at younger readers, North by the Rose features Iona, a heroic white hare on a quest to rescue her brother from his own misguided actions. Iona is blessed by The Rose, her world’s version of a good deity, and is equipped with a magic sword and protective cloak and sent on her way to save her brother from the wicked cult that has seduced him into joining. Along the way, she meets a merry band of critters of varied skills, forms a party of adventurers, and encounters trials and tests to prepare her for the ultimate confrontation both with her brother and between good and evil for the sake of everyone’s future.

I found North by the Rose to be a delightfully charming read. The characters are sweet and distinct, diverse and merry, and the heroine, Iona, is the sort of protagonist anyone can root for. She is brave and destined, but also humble, kind, and vulnerable. Despite wielding a great deal of power, she never strays into unbelievable flawlessness.

Any quibbles I had with the writing were easily overlooked, many of which are simply customary with middle grade fiction. Things were a little over-stated in places, told for the most part, and the story is very linear, striding conveniently directly toward its goal. All of which did nothing to reduce the reading pleasure when keeping the target audience in mind. There were a few things less easily excused, repeating words, and a couple small errors (like using encantus and incantus interchangeably for the same item), but the story was rich and the nitpicks so very minor.

Overall, this is a sweet and charming book which reads like a fable and will appeal immensely to any Redwall fans. This reader easily preferred it to Redwall, to be honest, as it suffers none of the speciesist issues of that franchise. I would highly recommend it to any fan of fable-esque animal tales, Jacques, or Wind in the Willows. And if there are young readers in your life, this is a must-read for them. Even as an adult reader, I thoroughly enjoyed it. 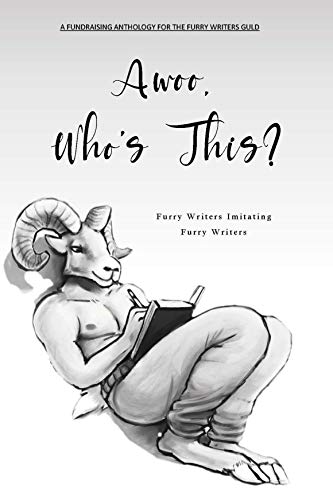 Review by Ardy Hart "Awoo, Who’s This?" is an intriguing anthology that takes a unique approach to the way anthologies are usually organized. The stories within are focused around 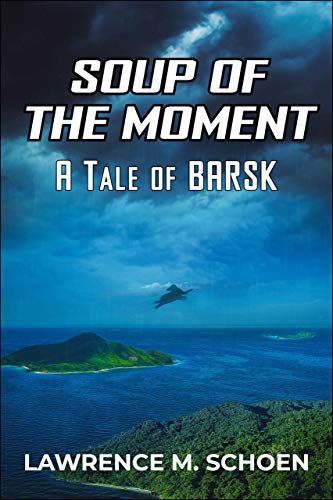 Review by Joel Kreissman Lawrence M. Schoen’s Soup of the Moment: A Tale of Barsk is a distant prequel to his earlier novel Barsk: The Elephant’s Graveyard but