Boldly Going Forward is a charity anthology benefiting the ALS Association. Recently released by Goal Publications, it features stories from eight authors all surrounding space and exploring the great unknown.

Full Disclosure: I am one of the authors featured in this book. However, I will not be letting any bias get in the way of my reviews, nor will I be offering much more than a synopsis for the story I wrote in order to be fair.

Now without further ado, let’s talk about the stories and then get into what kind of reader this book would be a good fit for.

Once again Mary shows off her prowess when exploring a sci-fi universe. This story shows a world where all life lives underwater getting its first visitors from space. It is brief but powerful prose; a perfect story to start the anthology.

For The Greater Good - TJ Minde A classic case of a holodeck, in this case called the Sim, is what sparks this story to life. It’s fun to see a sci-fi story still get to take place in somewhat of a medieval setting through use of the Sim. It also was an interesting examination of what the world might be like with that kind of technology.

This was definitely a good read, watch out for a twist ending!

Shooting For The Star - Sofox

Can you imagine searching for a new planet to call your home? What if you had volunteered for the task without any real choice in the matter? If you lived on a comfortable starship your entire life, would you actually want to leave? Sofox’s story takes a look at all of these questions as a generation ship is finally to the most important part of its mission.

Being able to tackle so many themes in such a strong manner, all of it in a short story no less, is quite impressive! It’s always wonderful to see a story packing so many emotions and deep thoughts to consider within its pages.

We’ve all seen stories of aliens invading Earth, but what happens when the humans are the invaders? This story looks at what happens to the tribes of cats inhabiting a planet and the different ways they adjust to these new invaders.

It wouldn’t be fair for me to rate my own story as I obviously quite enjoy it, but I hope anyone that picks up the anthology enjoys reading it as much as I did writing it!

Could you potentially wage literal war against the one you love? This story looks at Colt, one of the last pilots possibly available after a massive surprise attack against their space station. There’s a serious possibility the only reason he was among the surviving crew was a strange mission they were sent on before the attack, potentially arranged by his boyfriend who’s fighting for the other side.

This story does a fantastic job of putting you into the cockpit for a thrilling space battle all while Colt has to tackle some very tough emotional decisions. Overall a strong story that was a joy to read!

What happens when a war hero lives so long no one even remembers to pay their pension? Ilex, an immortal, still needs to eat even if he’s lived more years than most can count as he finds himself in a desert to make enough credits so he can return to the colder home he desires.

Getting to learn bits and pieces about the sentient life living on this planet and seeing how Ilex is able to discover more than the corporate backed soldiers before him have is an interesting ride with a satisfying, but slightly abrupt ending.

A clockwork dragon sent on a mission through the stars? It’s not as unlikely as you think. This story follows Rimor as he tries to save the doctor that saved his life after a major accident years ago. While we don’t really learn details about the accident itself, we do see how it affects his current life through isolation and an inability to do things he was once able in the past.

I can say for certain the end surprised me in a very pleasant way. This was a fun read, and I would love to see more adventures like Rimor’s across the written cosmos.

Imagine racing through space on a ship so fast the g-forces could literally knock you out. Now imagine piloting that ship with a noisy politician as your cargo, trying to get him to an important meeting. This is what Amaka is set to do in this story.

The story, while short, manages to cover a lot of what must be a complicated political battle going on in the universe while delivering a great story. An excellent way to finish off the anthology.

Of course this book already gets my recommendation for its profits being for a cause worthy enough to support all on its own. However, the stories more than make for a good purchase either way. This anthology is good for any fans of sci-fi that like the idea of exploring several different cultures and what exploration means to them. This anthology will leave your imagination drifting through the cosmos in the best of ways. 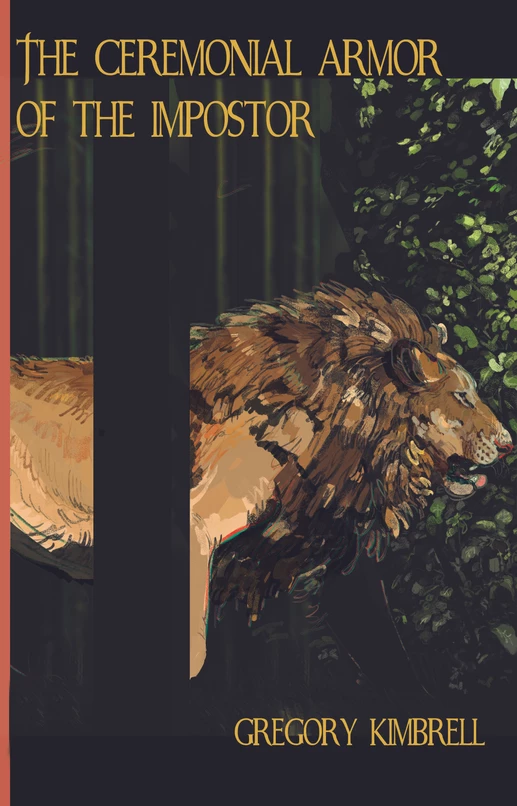 Review by Thurston Howl Sometimes, Furry Book Review tackles what I often call "furry-adjacent literature." The book may not be directed specifically at the furry fandom as a market, but 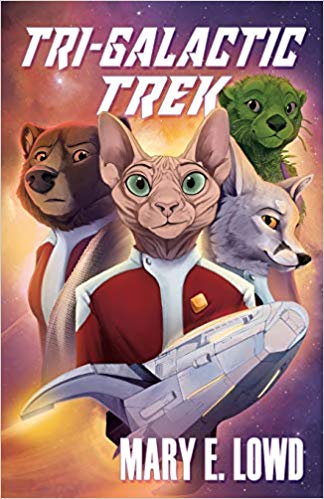 Review by Mamma Bear Tri-Galactic Trek features ten short stories that are re-imaginings of a certain episodic science fiction television franchise. The diverse furry crew of the Initiative travels though