What constitutes one’s self is never static: one’s mind is always changing a little at a time; the body is continually in flux. Hence the title of Rechan’s short anthology of transformation stories. Transformation fiction bears a particular relevance to the furry fandom as it has provided an introduction to the fandom for many writers and artists. In Flux showcases four different varieties of transformation: sex change (but not gender identity), species shift, non-sapient animal transformation, and finally a combination of the above.

Most of these stories also feature depictions of domestic abuse and/or rape, so you have been warned.

“Aesop’s Universe: Savages in Space” by Bill Kieffer is set on a generation ship where the passengers live in mono-species recreations of low-tech cultures while the multi-species crew keeps things running behind the scenes. As the lioness passenger Thandiwe is hunting on the savanna deck with her crewman boyfriend Bobby, a hull breach almost kills her, but Bobby gets her to the medical bay in time. During the regeneration process Thandiwe is discovered to have Androgen Insensitivity Syndrome, and because the crew apparently values a genetically diverse colonist population over individual rights and because people with AIS are sterile, they clone a fully functional set of male reproductive organs for her and she emerges from the regeneration tank with a massive case of gender dysphoria. I will give Kieffer some props for Thandiwe continuing to use female pronouns in her own internal narrative, unlike most forced sex reassignment recipients in fiction. The way Thandiwe’s family rejects her bears similarities to the way many LGBT+ people find themselves ostracized, even if their reasons differ. The passengers have no context for anything but heterosexuality and cis-genderism thanks to the hormones the crew administers; instead they reject her because they think she’s one of the undead. Honestly, the premise of this story made my skin crawl, but it’s a fair portrayal of an intersex character.

Franklin Leo’s “Wild Dog” doesn’t explicitly refer to the animal-people as “were-” anything, but the transformation process is clearly inspired by werewolf myths. When someone gets bitten by an animal-person, they start slowly transforming into the biter’s species, even if they were previously transformed. Riley, who’s built his life and identity around being one of the few African wild dogs to the extent of changing his name when he transformed, finds that identity crumbling after his Dalmatian girlfriend nips him during a blowjob. Part of his identity crisis seems to stem from lingering feelings for his old girlfriend who first turned him into a wild dog, and then left him for a lion. We see a very brief flashback of Riley turning another ex-girlfriend against her will, as if to imply that he deserves what is now happening to him. But it just doesn’t land: the Dalmatian simply comes across as a bitch, and not just in terms of species. I felt this was a weak story with contradicting messages.

“Good Boy” by Friday Donnelly initially appears to be a short and simple “revenge TF” story where the human main character is transformed into a non-anthropomorphic German Shepherd after cheating on his boyfriend. But then the character’s mind starts slipping away as he becomes a dog in mind as well as body. Memories vanishing, thoughts turning from anger at the boyfriend and the guy he cheated with to something more along the lines of “I love Master.” It’s short, but communicates the horror well.

I didn’t know what to expect going in to Tarl Hoch’s “Never Lick a PCV Vixen”, but it wasn’t a lesbian tanuki getting possessed by a demon that was sealed in an action figure and transformed into a hulking male wolf. The story also explains a little bit on the difference between questionable consent and non-con when Kaiya is discussing why her girlfriend got mad at her with her gay fox friend, and shows it later while the demon is using her transformed body to rail him. Kaiya prefers things gentle, ironically, while her bunny girlfriend likes tentacle rape hentai but doesn’t outright say what she wants in bed: you can practically feel Kaiya’s frustration. This was one of the longer stories, but I also found it one of the more enjoyable if only because it didn’t try to be as serious as the others. SPOILER ALERT: This story is also the only one in the anthology where the transformation is reversed, if temporarily. END SPOILER

Something I noticed about the anthology—though I don’t know if it was intentional—was that every transformation in the book was involuntary. Involuntary transformation in particular has been around since the beginning of the genre, but modern TF fiction has brought in an additional element of consideration for the victim in such situations. Your body warping around you, having what little control you had over your form taken away, losing an aspect of, if not your entire, identity. It’s a level of violation far beyond anything possible in real life. After reading In Flux, I find it not that surprising that certain hosting websites (Patreon for one) that have banned portrayals of rape are also banning forced TF fiction. 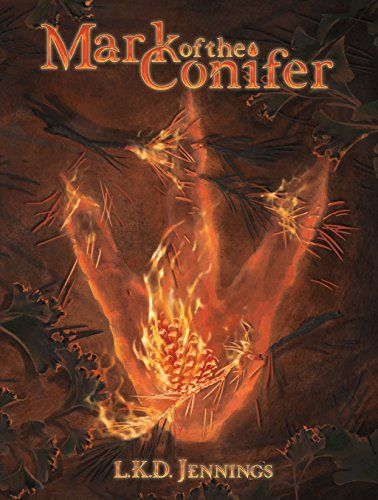 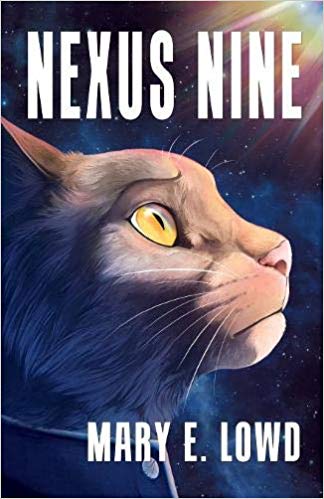 Review by Mamma Bear Welcome to Nexus Nine, a wormhole near the planet Avia which forms the central pillar of the Avioran religion, and which just might hold answers to