When I saw that Ash Coyote had released another documentary, I admit I was a bit apprehensive. Her previous treatment of marginalized communities in The Fandom left me worried about what her newest work Hero might be like. She has apologized for this in the past, saying, “[W]e received criticism that was very valid. Criticism about inclusion and diversity. Which are things that I’m trying to learn from.” Unfortunately, Hero has proven she has much more to learn.

This documentary follows the story of Hero, a furry who was diagnosed with cancer at the age of 22. It shows his fursuit being made by WaggeryCostumes while building up to the moment Hero receives it. Fursuits can be a fantastic way for furries to express themselves, and knowing that Hero was able to enjoy the experience of fursuiting with a grim health diagnosis is undeniably a feel-good story, and I’m personally so happy for Hero. However, sharing it with this inspirational narrative ignores fundamental issues that haunt the furry fandom as a whole.

This documentary does just that and serves as nothing more than a way for able-bodied people to pat themselves on the back for doing something when in all reality the furry community actively ignores its disabled members in a way that is almost hostile.

As of writing this review, I am only aware of two conventions that take accessibility issues seriously. Texas Furry Fiesta has an Accessibility Officer, and Harvest Moon Howl Fest intends to be fully ADA compliant. How can we say we care about people who aren’t able-bodied when our entire community can’t manage something that has been standard at almost every single major anime and gaming convention for many years?

Conventions being forced to go digital in 2020 has been one of the only reasons that accessibility has been increased in the furry community, and that’s inexcusable. Between hotels with panel room doors too small for wheelchairs to fit into, lack of seating consideration for panels, incredibly old wheelchair lifts, and having to take elevators through kitchens to reach panels, the community is doing a bad job here. This is only for one kind of disability consideration too — if I listed issues for other kinds of disabilities most people would declare this review too long to finish reading.

Most conventions cannot even bring themselves to donate towards causes that affect marginalized people like those who aren’t able-bodied as they would rather focus on cute animals. Why not do both? Donating to causes that help connect disabled people with service animals (which can cost anywhere from $15,000 to $50,000) is a possibility. What if we took it a step further and helped these people with funds for housing security? Homeless disabled people often find that shelters refuse them as many aren’t accessible. Efforts like these aren’t made, however, as the community feels like they are “doing enough,” and documentaries like Hero cement that belief in their minds.

The closest I could find to this happening was Fur The More supporting ALS charities in honor of Dogbomb. While admirable, this was done for only a single year. Dogbomb was a fantastic man who was well-loved in the fandom but is already being so quickly forgotten. If this is how a “popufur” with a disability is treated, imagine the treatment of disabled furries at large.

This doesn’t even scratch the surface on issues fursuits present themselves. This major status symbol in the furry fandom is inaccessible to most disabled members of the community. Not only are fursuits like this hard to afford for disabled people, 26% of whom live in poverty in the United States, but almost no thought has been put into trying to make fursuits easier to use for those who aren’t able-bodied. Can you name a single fursuiter that uses a wheelchair? A fursuiter that uses crutches? A deaf fursuiter? No? Fursuiters like this do exist, and the lack of awareness of them is fostered by the community.

Most people with a terminal illness or disabilities couldn’t even consider affording a fursuit. This one story of joy should highlight just how many more are faced with not only crushing disappointment but exclusion from the community they love. Too bad able-bodied viewers won’t see that. Chadwick Boseman was bullied and ridiculed for his unknown cancer diagnosis, and those within the furry community continue similar mistreatment to disabled people within Furry while trying to feel better about themselves.

The truth of the matter is that Hero’s story will be used so that furries can pat themselves on the back like they did something when they didn’t. They didn’t speak up for better accessibility at conventions, they didn’t donate their time or funds to furries that aren’t popular and able-bodied, and large portions didn’t take seriously a pandemic that kills immunocompromised people like those with cancer.

While the documentary does mention some issues about accessing healthcare, this really isn’t enough to give it a pass here. It’s likely impossible to cover the entirety of issues facing disabled members of the furry community but them being nothing more than a side note shows they were barely a consideration to begin with. While I love this celebration of Hero’s life, this documentary puts into focus how the community only wants to focus on disabled members when it is convenient to them or when it makes them feel better. And the inspiration porn narrative of the film suggests that our community is above such critical issues and that our fandom is good for or on-the-whole empowering for people with disabilities in a way non-furries are not when this is untrue.

I cannot recommend anyone watch Hero. Instead, I hope readers will consider watching Crip Camp, which is also free to watch on YouTube, as it offers actual insights into the struggles disabled people face and shows the good a community can do. I hope Ash will do better when considering marginalized people within her documentaries in the future, but her current track record gives me little reason to do so. 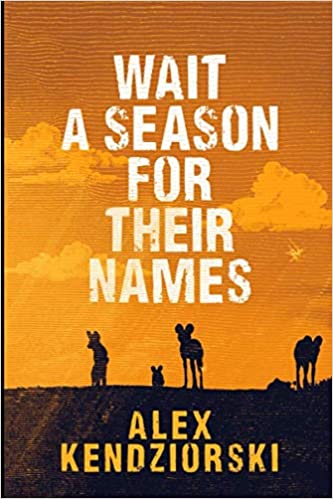 Review by Roz Gibson This is your classic animal fantasy novel in the “tradition of” (as they like to say in book blurbs) Watership Down. But instead of common European 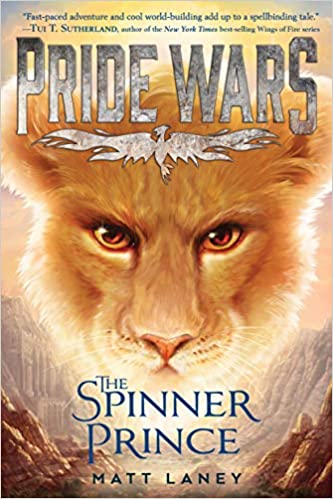 Review by Roz Gibson The huge success of fantasy series for older children such as Harry Potter, Warriors and Wings of Fire has developed into an industry led by authors