TJ Minde starts off the lineup with "Missed Feelings." An otter and rabbit couple begin at the mall, eyeing passers-by and discussing their behaviors in the bedroom. A few hints are made, and later that night the female otter roleplays as a male horse using a strap-on to give her rabbit lover a ride. It’s a tale of loyalty and the drive to do what it takes to satisfy a partner. The writing isn’t particularly complex, but it is well done and easy to follow. This tale’s strengths are its vivid characters and satisfying descriptions.

"Bare-Assed Broadway" is Ashe Valisca’s sequential story of a chipmunk named Ryan that dreams of making it big. As the tale usually goes, his dreams take a while to become reality. He gets on the grind, realizing that it’s harder than he thought to make it. Along the way he gets involved with a tiger aptly named Richard who has as much of an affinity for jockstraps as Ryan does. Their relationship as well as Ryan’s success grow through the years. This story features strong musk and desire alongside a relationship that is enjoyable to read about. The interactions full of innuendos between the characters are relatable and interesting to read through.

A sparsely populated 24-hour gym is an excellent venue for Sisco Polaris’s "Jocks in the Gym." Richard is a husky who is forced to work late on Wednesdays causing him to go to the gym late, which happens to be the time that a muscular Doberman named Carlton is there as well. Richard is gay and becomes infatuated with Carlton’s Adonis-like form. And his used jockstraps. Which lay abandoned when Carlton goes to shower. A tale of thrilling guilty pleasures follows these fortunate circumstances. The exhibition of admiration, greed, embarrassment, and liquid catharsis are all used to build a satisfying read. The entire thing is a riveting rollercoaster of action.

"Getchoo" by Cedric G! Bacon is about a fox named Jay who happens upon his skunk friend’s g-string and can’t get enough of it. What starts as a mishap turns into a slight obsession for the fox. One that the skunk takes advantage of. Luckily, she has a bit of a soft spot for the fox as well. But that doesn’t mean that she lets him off easy. Not at all. This story shows domination/submission in a way that is enjoyable for both parties as well as the reader. Just like the characters, I really, really loved it.

"Perfection of the Visionary Courier" by Al Song gets right to the heart of what I feel is the central theme of this anthology. Milton is a coyote who lacks confidence but is smart and much more capable than he realizes. And damn he looks good in a speedo. He meets Cliff, an adopted river otter who built himself from the ground up to be a swimwear and underwear designer. Cliff helps Milton build his confidence and get more comfortable with himself and the world around him. The relationship between the two and how Cliff was able to grow as a result is a great read. Sometimes, all it takes is a little confidence and exposure to get yourself to a better place.

Jaden Drackus writes about a male underwear model in "A Hint o’ Lace." Jake is specifically a model for underwear designed with athletes in mind. He’s also gay and is asked to model panties designed for guys. He takes it as a perfect opportunity to explore his more feminine side and receive rather than take. A rat named Steve gives him his chance. Even though Jake has grown comfortable with putting his masculine side on very public display, all he wants is for someone to listen and tend to his more feminine needs. I found the juxtaposition interesting. A professional model who looks “uncomfortable with his appearance.” The story serves as a good example of the several forms that discovering oneself may take. The dialogue was refreshing without being overbearing. There was a familiarity to Jack and Steve that makes them relatable to many kinds of readers. The erotic payoff is also well worth it.

"Silken Threads" is a futuristic story by Gre7g Luterman. An exotic tale of Tish and Kanti who enjoy a night of silky lingerie and teasing. The pair know each other very well and use it to their advantage, always riding the edge between desire and satisfaction. This story doesn’t describe too much about the biology of the characters or the setting. Instead it gave bits and pieces that, while they made the setting exotic, didn’t contribute much to the story and felt irrelevant. I found it difficult to visualize the scene due to the lack of information and as a result, the action fell short for me. One thing that was conveyed well throughout was the building desire between the two and how they reacted to each other. While I would have preferred more context about the characters and their environment, the story is interesting and has good flow.

"Switching Sides" by Televassi tells a story about a zebra who hasn’t been satisfied in the bedroom for a while. It is filled with analogies related to sports and football. And wearing his snow leopard girlfriend’s panties. The story does great with challenging societally generated gender roles. It also stresses the importance of communication as it takes the zebra’s hyena friend to manufacture the catalyst to get the couple to talk to each other. The action in this story was easy to follow and even slightly humorous. I also found it funny how the main character is a zebra that plays football; people also call football referees zebras. Just a small detail that, if intentional, makes the story even more endearing.

A fox in a queer punk band. He hasn’t quite found his identity in the music world, but that’s what "Bottoms Up" by Miles Reaver is all about. Kevin ends up joining a band with two well-established queer punk musicians that already have their things: Jessie paints his paws, arms, and tail different colors while Dav removes his shirt and tosses it into the crowd. Eventually, Kevin frees himself physically as well as mentally by getting his underwear cut out and thrown into the crowd. He gets less concerned with just the music and starts having much more fun, allowing himself to truly enjoy his life. Enough to take his lack of underwear a little bit further. The relationships between the band members are escalated in a realistic way and how they grow closer together makes for a good read.

A raccoon named Cole gets a bit more than he bargained for in "The Weekend" by Whiteclaw. It was supposed to be a chill time at his friend Tyler’s house but when a drink gets spilled all over Cole, he gets prescribed a shower and a thong courtesy of Ryan, Tyler’s brother. Cole discovers that he likes thongs and that Ryan might be more helpful than originally thought. This story mostly boils down to friends having a good time and the discovery of new preferences. A simple story, but still entertaining.

Fundoshi is a simple Japanese undergarment much like a loincloth. "A Cultural Exchange" by Miriam “Camio” Curzon features it prominently as an American college student named Jason debates performing in front of his peers while wearing it. His Japanese friend Tatsuya does his best to convince Jason. Not just about wearing fundoshi but also about being comfortable with his body and throwing away constrictive societal norms. Jason’s growth in confidence is evident throughout, and by the end he is able to perform without any worries. The way Tatsuya was written as a character was very satisfying and realistic, allowing the reader to relate to Jason better. I also enjoyed how music and drumming played into the story, as if the rhythm of the drums moved the story along. This tale was one of my favorites in the whole collection.

"A Brief Distraction" is a deliciously devious story about technologically advanced briefs by Royce Day. Melanie gives her fox husband Rolas a pair of SmartTex: underwear is controlled by a smartphone app. Melanie uses it to tease Rolas during his business meeting and then in the bedroom where he is forced to submit to her for his release. The pair have a lot of love and trust for each other which is easily apparent to the reader. Their relationship is the driving factor for the action and the buildup is written well. A worthy finisher to a great collection.

Overall, Foxers or Beariefs explores several different themes alongside all of the different kinds of underwear. The stories are edited well, and the reader is told about any potentially offensive content prior to the pertinent stories. The organization of the stories by type of underwear is humorous and practical, much like the way some of the undergarments are utilized in the stories themselves. This isn’t just an anthology themed around underwear; it’s about how beneficial it can be to bare oneself before the world. The characters’ journeys illustrate this and collectively serve as examples of how communication and exploration are important to self-realization. So don’t get put off by the question of Foxers or Beariefs. Do yourself a favor and give it a read. For me, it’s 9 proudly waving undergarments out of 10. 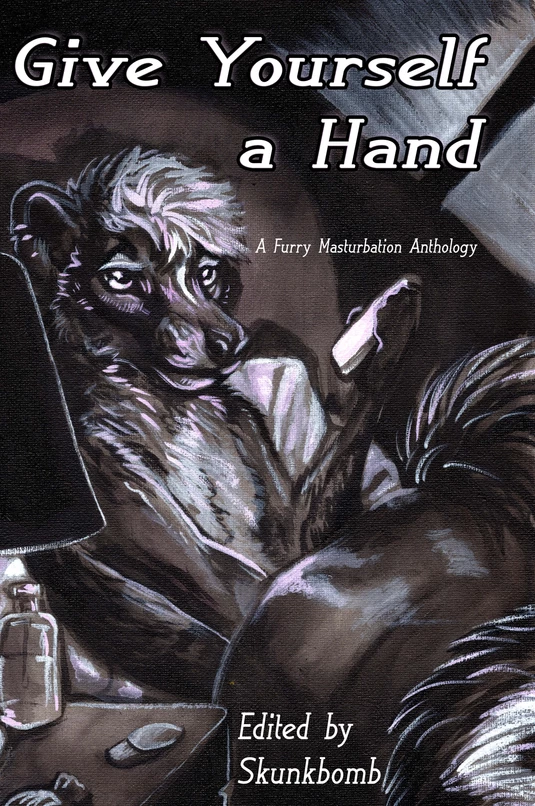 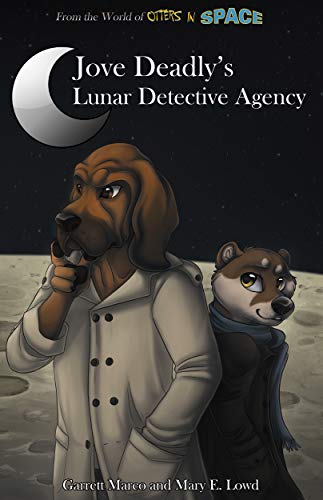 Review by Mamma Bear In a lonely corner of the lunar landscape, a classic, seat-of-the-pants detective sticks out his shingle and does what he does best, solving the hard crimes