Sci fi and horror is a match made in hell. And that's where all furries yiff, right? When Tarl Hoch created the call for submissions for this dark anthology, he knew he was playing with a cross of genres that was ripe for a furry lens, and he was totally right. Bleak Horizons is more than just a loose collection of sci fi horror stories, the anthology stands as a testament to both Tarl's eye for good stories and his ability to organize diverse material into a cohesive structure, built from blood and ink.

The anthology opens with Kandrel's "Adrift," a story of the horrors of cryosleep. It is a deeply chilling story and offers a new twist on the often cliche narrative of people not being able to stay unconscious during cryosleep. The emotional evocation throughout this piece was rich, making it a strong start to the anthology. My only real critique of it is definitely that it's probably one of the least furry stories in the anthology. It begins with a furry line, and we're occasionally told the character is a cat every other page, but otherwise we forget.

Next is Franklin Leo's "4/13/2060." What we have here plays out like a mystery, not so much a whodunnit as a whyhedunnit. Science experiments on a virtual reality drive a very smart man over the edge, and his assistant is in utter disbelief. This story excels in its fast and gripping pacing, its use of furry elements, and its metaphysical horror of a twist. A fun read for anyone who likes sci fi horror with a touch of Noir.

"Hardwire" by Ton Inktail begins with, "I love you, Master. Won't you fuck me?" Yes, a furry android built to be a sexual object starts gaining intelligence of its own. The objectification of androids is such a trope of sci fi, it is so refreshing seeing this taken to a sexual level, and, more interestingly, taken to the fetishization level that furries have to their cartoon characters. Such an innovative concept, and it exposes a lot of the ethical horrors in the potentials of our own wish fulfillment. What's interesting with this story, too, is how the perspective of the tale (being from the droid) serves to shame the average furry reader, rather than include them. Stellar writing here.

The next story is "The Ouroboros Plate" by Slip Wolf. Agh, this is one of my favorite stories in this collection, and it's so fucked. This is one of the few stories I've read that does time travel right, and it's done to such horrific effect here that it made me queasy. I refuse to spoil any plot details, but definitely make sure you're not reading this on a full stomach. As Slip Wolf told me before I started reading, "Bon appetit."

"The First Viewing" by Corgi W. is paws-down my favorite story in this collection and—naturally—the most fucked up of the book. Dark Mirror meets furries in this story of a scientist gone mad with sadism and vengeance. I feel like Corgi W. tried to think of ways to make the worst possible tortures for his characters here. My only critique might be that the final torture wasn't surprising enough by the time we get there. Otherwise, a fucking flawless story in terms of horror and pacing.

Next is Ianus J. Wolf's "Clicking," one of a few stories in this collection following the narrative structure of let's-visit-a-planet-that-looks-cool-but-starts-killing-us-so-we-spread-it-to-other-planets. While this isn't the most innovative story in the collection, I loved this story from the way it was written. The sensory details are just so evocative, and even while I knew where it was going from the first page, I was creeped out throughout the piece. The auditory details work exceptionally well in this furry universe, and I wish more furry writers took advantage of senses the way Ianus does here.

James Stone's "Blink," however, seems to show how furry can ruin a tried-and-true narrative structure. Don't get me wrong: the piece was beautifully and creepily written, with probably some of the eeriest and most sublime setting and world-building in the anthology. My rub is that the species distinction necessary for the plot spoils the ending super early. Trying not to spoil it as much as I can, imagine if in Prisoner of Azkaban, we had a clear visual of what the caster of the Patronus looked like across the lake. Even if Harry had been confused and thought it was his dad, we wouldn't have been confused. We would have known what was up. Because of furry species, this story is spoiled for us in a lot of ways.

In Ross Whitlock's "Pentangle," we get this lovely of Barkerian body horror in which a five-person body is fighting for survival, trying to pretend to be just four bodies—the max socially acceptable bodies in one. This story is grotesque and so action-packed. I think there's a lot of potential for Whitlock's world here, and I would love to see this setting in their future works.

We get our second iteration of the let's-visit-a-planet-that-looks-cool-but-starts-killing-us-so-we-spread-it-to-other-planets motif in Searska GreyRaven's "Starless." This story is fun in its in-depth characterization. There are not many avians in this anthology, but this story is one of the rare exceptions. And it's one of the few stories where I actually wanted specific people to survive. Searska does a great job making you care for their characters, even if the plot itself is fairly generic. One of the "furrier" stories in the collection, and the author shows mastery of that kind of distinction here.

Frances Pauli's "This Way" is all about intelligent spiders. Plotwise, it's very similar to the let's-visit-a-planet-that-looks-cool-but-starts-killing-us-so-we-spread-it-to-other-planets motif on a smaller scale, so...basically the parasite narrative. BUT I love this story because it's such a creative use of spiders in a sci fi horror furry context. Pauli puts so much attention to detail with their spiders, and it makes such a difference in the reading. The spiders become real, and that can be what makes this story terrifying all on its own. It forces readers into the heads of what they likely fear already.

Donald Jacob Uitvlugt continues the let's-visit-a-planet-that-looks-cool-but-starts-killing-us-so-we-spread-it-to-other-planets with his steady mystery, "Outlier." Here, the survivors are telling inaccurate accounts, so you have to solve the mystery of who's telling the truth...and who could possibly still be infected... *cue dramatic music* Great pacing with this story, and, again, despite being a cliche plotline, the author makes it very fresh through this mystery tone.

KC Alpinus takes us in a rather unique direction, toward The Twilight Zone, with "Not Like Us." Here, she tackles xenophobia in a small town when all power goes out...even for battery-operated devices. The creepiness of the situation escalates into the social justice/violence of "The Lottery," and even an involved reader will be pointing fingers. Alpinus excels with characterization throughout, and the pacing leaves you on the edge of your seat.

Bill Kieffer is largely a TF writer, and he does not disappoint with his story, "Clear and Cruel," in which a cataclysm has deformed a hefty percent of the population, leaving the protagonist with shattered memories and a shattered form. But this isn't just a tale of futuristic transformations and body horror; it's about loss, dealing with that trauma, and facing the real horrors that dwell within us. The pacing for this piece is a bit slow and clunky, but the emotional payoff by the end makes it worth it.

Rechan's "Blessed are the Meek" is unfortunately a counterexample in world-building, in which nine proper nouns are introduced in the first two pages, not counting world-specific lingo, too. After getting through the first five or six pages of infodump, the story really does pick up and has a captivating plot similar to The Secret of Nimh. It does not deviate from it too much, just making it with rabbits instead of mice.  The ending is sadly also fairly anticlimactic.

Chris "Sparf" Williams finishes the anthology out with his piece, "Hollow." This is also the last of the parasite/possession stories. However, what makes this story gripping is the gory detail of it. By this point, the suspense of this potential narrative had worn off for me, but the gore really stood out, making this easily one of the darker stories in the collection. There are images, particularly of the "hollowness," that will stick with me long after this anthology.

While this anthology had its fair number of typos, I can see Hoch's clear love of and dedication to this project, and the finished book is a wonderful addition to any furry book reader's collection. Just be careful as the sun starts setting. The more you read, the bleaker and bleaker the horizon becomes... 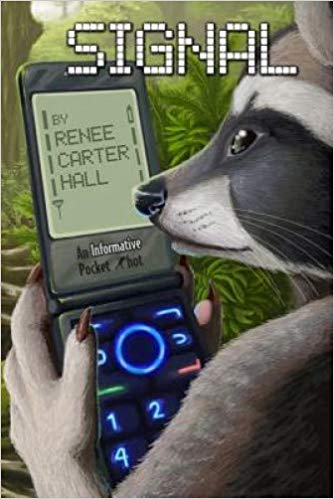 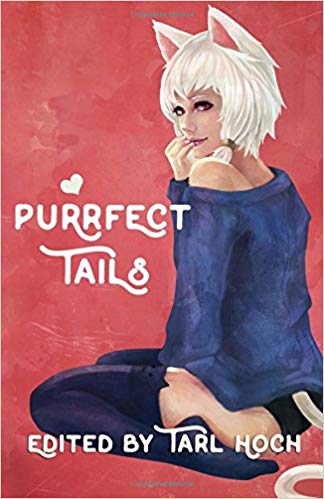 Review by Sendokidu What do you get when you enter a world full of nekomimis--a mixture of human and feline, usually indicated by cat ears and a tail? A bunch